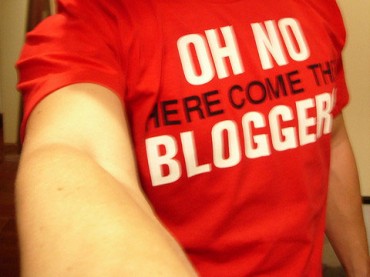 Before Marquette University punished the outspoken conservative professor John McAdams for blogging, Chicago State University was embroiled in a similar fight with two of its blogging faculty.

A federal judge ruled this week that those professors can continue their First Amendment lawsuit against the administration for allegedly chilling their speech, using an expansive reading of the school’s trademark rights among other policies.

The case is part of the Foundation for Individual Rights in Education’s Stand Up for Speech project, and the second this month to get a judge’s blessing to move forward. The ruling last week at Iowa State University also involved disputed trademarks.

Professors Phillip Beverly and Robert Bionaz contribute to a blog that’s frequently critical of the CSU administration, CSU Faculty Voice. Though the blog isn’t hosted on university servers, the professors claim that the school has tried to shut it down.

CSU’s policies on cyberbullying and computer usage are broad enough to chill the professors’ expression, they said, and the school said the blog’s use of CSU’s name and trademarks “caused confusion” and “implied CSU’s endorsement” of its commentary.

‘Civility’ as a threat to take legal action

Judge Joan Gottschall focused on a cease-and-desist letter the administration sent to Beverly, specifically its reference to “civility” – a watchword that has gripped faculty around the country since the University of Illinois at Urbana-Champaign revoked a job offer to anti-Israel academic Steven Salaita.

CSU General Counsel Patrick Cage told Beverly the blog’s “lack of civility and professionalism” violates university policies. The professors “stress that this letter is dated one business day after” a blog post accused the school’s interim provost of having “partially falsified her resume,” Gottschall said.

Though the administration says the “civility” reference wasn’t a legal threat to use the cyberbullying or computer-usage policies against the professors, “[i]t is eminently reasonable to read the letter as a demand to shut down” the blog for its “alleged failure to meet CSU on-line civility standards,” Gottschall said.

Both policies have civility overtones, the judge said: One prohibits “any communication which tends to embarrass or humiliate any member of the community” and the other “could be read as prohibiting a series of negative blog posts.” Gottschall noted neither policy explicitly limits itself to material hosted on the university’s servers.

The Foundation for Individual Rights in Education said the professors’ next goal is to get a preliminary injunction against the school, so it can’t enforce the cyberbullying or computer-usage policies or send any more cease-and-desist letters about the blog.

Gottschall has referred the case to a magistrate judge to consider that injunction “while the litigation is ongoing and to explore settlement options,” according to the foundation.