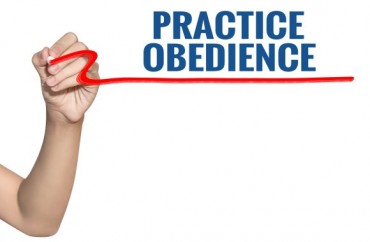 A fired St. Paul, Minnesota teacher has filed a federal lawsuit claiming that she was “the victim of harassment and physical assaults by students, but school administrators did nothing to stop it.”

But they did fire her.

Severs claims she endured constant physical and emotional abuse from students after her hiring: “She was punched, kicked and kneed by students on several occasions and endured regular verbal harassment that was vulgar and sexual in nature,” her suit says.

Severs had even filed a police report once regarding an assault.

Administration, instead of dealing with the discipline issues, took on Ms. Severs, going so far as to require her to “begin each statement during meetings with the preamble, ‘As a white woman I feel…’ ”

In her lawsuit, Severs claims she filed written and verbal incident reports to Principal Brookins, asking that something be done “to intervene and stop the harassment and abuse.”

“Defendants had the authority to stop the harassment, but they did nothing to help her,” the lawsuit said. “Instead, on or about Sept. 21, 2014, Brookins chastised (Severs) for submitting too many referral forms, and directed her to stop preparing them. To make matters worse, in the fall of 2014, defendants removed the telephone from plaintiff’s classroom, making it impossible for her to seek immediate assistance when she was being abused or harassed.”

Severs also claims school administrators didn’t follow federal requirements for children with disabilities and “reported that defendants were violating (the Individuals with Disabilities Education Act) and harming students by failing to conduct IEP (Individual Education Plan) meetings, and by assigning disabled students to classes in which they did not belong,” her suit said.

The day after a February 2015 meeting with Brookins regarding her complaints, Severs was placed on involuntary leave “pending further investigation of allegations of serious misconduct,” according to the lawsuit. The misconduct was not specified.

“On March 9, 2015, plaintiff was permitted to resume working without any finding of misconduct having been made, or any discipline imposed,” the suit said. “However, on (Severs’) return, Brookins belittled her by requiring that she begin each statement during meetings with the preamble, ‘As a white woman I feel…’ “

As EAGNews.org points out, St. Paul has endured the programs of the Pacific Educational Group (PEG) which, it says, believes the “American education system is based on white cultural norms, for the benefit of white students and the detriment of non-whites.”

Thus, “revised” school discipline practices have been put into place which look good on paper, but in reality lead to classroom chaos.

It’s likely the philosophy behind PEG’s workshops are what led Principal Brookins to (allegedly) mandate that Ms. Severs begin any statement with “As a white woman …”