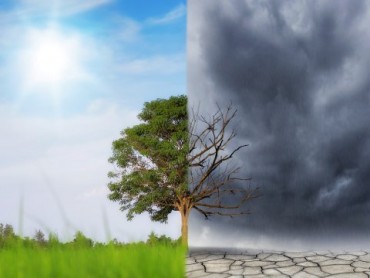 It’s not mandatory –yet — but the University of California-Irvine is offering faculty up to $1,200 in “incentives” to attend a workshop (and follow-up) on how to incorporate “climate change and/or sustainability concepts into their courses.”

“The overall goal of this curriculum program,” the UCI Sustainability website says, “is to boost climate change/sustainability education at UCI, especially targeting those students for whom climate and sustainability may not be a focus.”

The College Fix received a tip from a source at UC-Irvine which offered suggestions on how to do just that, in this case for an English-related course.

The ideas included making use of “appropriate” vocabulary and readings since, after all, the goal of the program is to make sure all students on campus are reached.

Naturally, I was left wondering: Would it be acceptable to utilize vocabulary and readings (and writing assignments) that are skeptical of the conventional climate wisdom? Skeptical of current methods of sustainability?

This comes at a time when the genre of climate fiction, or “cli-fi,” is becoming rather popular in pedagogy, despite it having been around for decades.

Edward Rubin teaches law and political science at Vandy, and is offering a freshman course titled “Visions of the Future in Cli-Fi,” as well as one for the school’s lifelong learning program called “Climate Change Literature: A New Fictional Genre about a Real Problem.”

The latter has a more detailed description available:

In recent years a new genre of modern novels has emerged — climate change fiction, or “cli-fi.” It now includes dozens, maybe hundreds of books, some in the science fiction mode, others realistic works set in contemporary times, but with a climate change theme. These books are often entertaining in themselves, but also reflect our society’s effort to come to terms with an impending crisis. We’ll approach these books as literature, but we’ll also talk about the underlying issue of climate change, and what the novels say about it.

The reading list is pretty extensive, dealing with topics other than climate (but have some effect on it): plague, nuclear war, and genetic engineering.

I’ve read a few on the list: Earth Abides is a 1950s tale detailing how some of the planet’s few survivors of a plague make their way in a new world; The Postman (also a film starring Kevin Costner) examines the collapse of society following EMP and biological attacks; and lastly, the world of Do Androids Dream of Electric Sheep? (the basis for the film Blade Runner) has been decimated by radiation poisoning.

Cli-fi disaster scenarios have been popular for decades, but the global warming aspect of the genre has taken precedence over the last 25 years or so.

One of the more popular stories of the last 10-15 years is The Day After Tomorrow, which features scientist Dennis Quaid attempting, futilely, to persuade an overt Dick Cheney stand-in to “do something” before it’s “too late.”

The film plays on predictable stereotypes — that we’re all doomed unless we act now, and the GOP is comprised of science-hating Luddites and anti-immigrant racists … all the while the “science” that serves as the film’s basis is beyond ridiculous.

Conservatives/Republicans actually aren’t anti-science when it comes to climate change; indeed, they “suffer” from “solution aversion” — when “proposed solutions are ‘more aversive and more threatening to individuals'” than the problem itself.

For example, researchers at Duke found that when free market solutions were proposed to address climate change instead of government regulatory measures, the percentage of conservatives agreeing with statements about global temperature increase more than doubled.

(Note: the same researchers found that progressives suffer from the same malady: they will “deny facts and science too, when the popular solutions and implications are undesirable to them.”)

And hey, isn’t a healthy degree of skepticism a good thing? After all, does anyone recall how pollution and overpopulation were going to be the end of us? A lot of cli-fi from the late 1960s and 1970s proclaimed just this.

The novel Make Room! Make Room!, the foundation for the classic film Soylent Green, portrayed a ridiculously overcrowded New York City of the year 1999 (over 40 million people in the film), and while the film doesn’t specifically mention greenhouse gasses being responsible for the constant heat (I can’t recall if the book does), it does talk about man’s irresponsible use of natural resources and general pollution of the planet.

But the overpopulation worry never materialized despite warnings by folks like Paul R. Ehrlich, and the environment has actually gotten cleaner (excluding the new “pollutant” CO2, of course).

Still, those questioning agendas are often referred to as “rightwing climate denialists,” like this gent who reviewed the global warming novel The Water Knife.

If you’re interested in reading a climate apocalypse story with a 180-degree twist on global warming, get a copy of 1991’s Fallen Angels by Larry Niven, Jerry Pournelle, and Michael Flynn.

The novel envisions a world in which technology-averse “green” parties have assumed power, and have established strict environmental standards. These measures serve to accelerate the next ice age in which runaway glaciers are rapidly advancing southward.

I wonder if UC-Irvine would approve of this book …