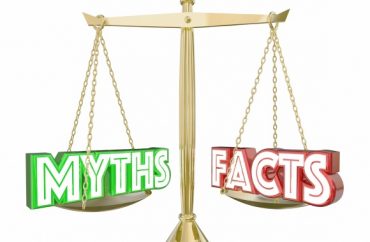 Recent stories from a variety of sources, including NASA, the Financial Times, and the New York Times report that Earth’s temperature reached a record high in 2016. The high frequency of these claims cast the matter as fact, and paint a grave picture of the problem.

Yet, professors who are experts in climate science say they believe that this headline may inspire hastily drawn conclusions. Moreover, the doom and gloom with which it is presented fails to put Earth’s temperature changes in context, say these climate scientists — considered by scholars who tout extreme global warming scenarios as climate skeptics.

“‘2016 was the warmest year on record’ implies that the earth has never been this warm…ever,” David Legates, associate professor of geography at the University of Delaware, told The College Fix via email.

“The ‘record’ happens to start in the mid-1800s — right about the time that we were emerging from the Little Ice Age…probably the coldest period since the demise of the last ice age some 22,000 years ago. So we start the phrase ‘on record’ at a point where global temperatures were at their coldest in many millennia. It is not surprising that warming would follow,” Legates said.

Legates also noted that the temperature increase between 2015 and 2016 was a mere .01℃ — well within the margin of error for statistical calculation.

“One could easily have written the title ‘No change in Global Temperatures in 2016,’ but that wouldn’t sell newspapers,” Legates quipped.

Climatologist Judith Curry agrees with Legates’ analysis. Previously the Chair and a Professor of the School of Earth and Atmospheric Sciences at the Georgia Institute of Technology, Curry wrote in an email to The College Fix that “examination of the satellite data record of atmospheric temperatures, 2016 was only slightly warmer than 1998 — a difference that is not statistically significant.”

She said more caution is needed when making broad claims about Earth’s rising temperatures, noting that scientists do not currently have a broad enough time horizon over which to examine these hypotheses.

“Understanding the difference in trends between the surface temperature data sets and the satellite data sets of atmospheric temperature remains an outstanding challenge for scientists. What is the significance of the ‘warmest year’? Following the 1998 peak in warming, temperatures dropped substantially for the next several years. It will be another five years before we have perspective on this recent spike in temperatures,” Curry said.

After NASA’s announcement about 2016 being the hottest year on record, Lindzen stated that, “it is proof of dishonesty to argue about things like small fluctuations in temperature or the sign of a trend…the most important to thing to keep in mind is — when you ask ‘is it warming, is it cooling,’ etc. — is that we are talking about something tiny (temperature changes) and that is the crucial point.”

Legates concluded his explanation of the recent temperature changes to The Fix with some clarifying statistics.

This is a little reported fact, according to Legates, as “the headline ‘No Global Warming for Two Decades’ does not instill fear that our planet is likely to end,” he wrote.

Editor’s Note: This article has been amended to clarify a bio.