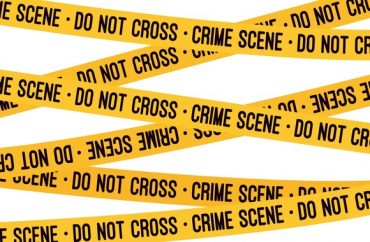 A recently released Duke University sexual assault survey suggests female students at the prestigious university are raped at a higher rate than in America’s most dangerous city.

But it’s not being taken at face value by due process advocates and skeptics of the campus rape “frenzy,” who say the survey and its results are plagued with errors.

The Duke University Student Experiences Survey, released in February, purports to have found widespread sexual assault at the private North Carolina university. It defines sexual assault as including “any unwanted, nonconsensual sexual contact,” which critics say is misguided and causes confusion on the overall findings.

Those figures would make Duke more dangerous than America’s most crime-ridden city, KC Johnson, co-author of The Campus Rape Frenzy: The Attack on Due Process at America’s Universities, wrote at Minding the Campus.

“This data would mean that each year, a female undergraduate at Duke is 5.5 times more likely to be a victim of violent crime than a resident of St. Louis, which FBI statistics listed as the nation’s most dangerous city in 2016,” Johnson wrote.

The survey states that “16% of undergraduate women reported experiencing rape and 24% reported battery.”

“And yet, incredibly, parents still spend around $280,000 to send their daughters into this den of crime for four years,” wrote Johnson, a history professor at Brooklyn College and the City University of New York Graduate Center.

U.S. News & World Report lists Duke as having 6,639 undergraduate students, with 49 percent being female. (The latest figures the university itself provides are from fall 2015.)

That would mean approximately 520 undergraduate female students can say they have been raped since enrolling.

A survey ‘at war with itself’

While the survey depicts rampant sexual assault within the Duke community, Johnson argues a close examination of the data shows multiple examples of a survey “at war with itself.”

He points to the paradox that more than quarter of the females allegedly assaulted also said they feel Duke is a safe place.

In his final semester at the University of California-Santa Barbara last spring, Andrew Cavarno unsuccessfully sought to debate those who believe 1 in 5 women will be sexually assaulted in college.

Cavarno told The Fix the findings portray Duke as one of the most dangerous places in the world for women, but that female students don’t see the university that way.

“Therefore, if this was actually the case, one would expect the female students to be acutely aware of this danger. However, a ‘clear majority’ of female undergraduate students reported feeling safe on campus,” said Cavarno, who’s working to organize a national due process group and has given multiple presentations debunking “campus rape hysteria.”

MORE: This Bernie supporter, now out of college, continues fighting for due process

Another issue with the overall findings, Cavarno said, is the survey doesn’t limit the alleged assaults to those occurring in or around the Duke community.

“That means that if a female student is thousands of miles from campus, and is assaulted by someone completely unaffiliated with Duke, that encounter would still be included in the results,” he said in an email.

Duke didn’t respond to emails from The Fix seeking to discuss the survey’s findings and methodology.

Forcible rape and unwanted kissing are the same?

The survey defines sexual assault as “any unwanted, nonconsensual sexual contact” and includes both sexual battery and rape in the definition.

Sexual battery includes any unwanted contact that doesn’t include penetration and “could include forced kissing, touching, grabbing, or fondling of sexual body parts,” according to the survey.

Including such sexual misconduct within the scope of sexual assault is problematic for Johnson and Cavarno. Both pointed out touching or grabbing accounted for 61 percent of the reported assaults.

Johnson writes that the survey combines unwanted touching and forced sexual assault “as if the severity of the offenses were the same.”

“Even the survey takers appear to recognize the folly of this approach; 41 percent of self-described female sexual assault victims describe the experience of being sexually assaulted as not very upsetting—or not upsetting at all,” Johnson writes.

The average person pictures sexual assault as a violent encounter, not that of grabbing someone at a party, and the survey’s definition could make the results misleading for the public, Cavarno suggests.

“While any reasonable person would acknowledge that touching or grabbing someone without their consent is inexcusable, referring to these encounters as ‘sexual assaults’ can cause confusion for the public,” he said.

Following an overview of its results, the survey states that “considerable work remains to reduce the number of incidents of sexual misconduct and encourage students to report when it occurs.”

Prior to that statement, the survey lists off multiple resources already available to students for responding to sexual assault as well as a host of prevention programs the university provides.

The survey was presented to the school’s Sexual Misconduct Task Force, according to The Duke Chronicle.

The most serious issue at hand is Duke’s lack of due process, according to Johnson.

“Perhaps the saddest item from the survey: 57 percent feel that students accused of sexual assault are treated fairly,” he said.

“They’re responding to a system in which Duke has had two negative judicial decisions, the most recent of which featured Judge Orlando Hudson characterizing the Duke procedures as ‘fundamentally unfair.’”

Hudson, a North Carolina Superior Court judge, made that comment in the case of Duke student Ciaran McKenna, a men’s soccer player who sued Duke after being suspended for sexual assault.

McKenna was able to continue attending Duke after Hudson granted an injunction in the case.