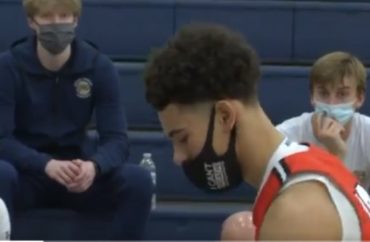 This column originally stated that Justice Brett Kavanaugh was a college athlete. He did play basketball during college, but they were pick-up games. Thus, the term “college athlete” was a stretch.

The National Collegiate Athletic Association regulates the game play at over 1,100 member colleges in North America. Before Monday’s NCAA v. Alston ruling, a few effective rules of the organization were:

1) The only profit students may derive from their college careers are public notice and things sharply related to education;

3) There is no appeal of these rules.

On point three, the Supreme Court has now firmly disabused the moneyed up non-profit organization of this notion.

In 2014, some student basketball players challenged the NCAA’s restrictions on antitrust grounds. They got, at best, half a loaf.

The district court said, and the Ninth Circuit Court of Appeals agreed, that the NCAA could keep setting rules limiting the number of athletic scholarships and effectively banning direct financial compensation related to athletic performance.

These education-related benefits could include paid internships and other sorts of things, depending on how the school wanted to structure it.

The ruling would have finally given schools a way to more generously compensate student athletes so long as it was dressed up as an “education-related benefit.” Though if colleges and universities stretched that too far, it could still lead to problems.

What happened next was what soccer fans would call an “own goal.”

“Unsatisfied with that result, the NCAA asks the Court to find that all of its existing restraints on athlete compensation survive antitrust scrutiny,“ the Supreme Court writes.

The ruling was a 9-0 slam dunk against the NCAA.

The NCAA v. Alston ruling strips away a lot of the pretense that the NCAA had used to sell the virtues of amateurism. In fact, the Supreme Court shows, money and college sports have always been connected.

“In 1852, students from Harvard and Yale participated in what many regard as the Nation’s first intercollegiate competition—a boat race at Lake Winnipesaukee, New Hampshire. But this was no pickup match,” the court writes.

“A railroad executive sponsored the event to promote train travel to the picturesque lake. He offered the competitors an all-expenses-paid vacation with lavish prizes—along with unlimited alcohol. The event filled the resort with ‘life and excitement,’ and one student-athlete described the ‘junket’ as an experience ‘as unique and irreproducible as the Rhodian colossus.’”

The only difference, the Supreme Court argues, is that there’s a lot more money at play in college sports today. It now amounts to a “massive business.”

The broadcast contract just for the March Madness single-elimination basketball tournament is worth $1.1 billion, the court points out. And while the NCAA tells student athletes that they need to forego direct and even most indirect payments for their services, the same does not apply to their coaches or NCAA officials.

“The president of the NCAA earns nearly $4 million per year. Commissioners of the top conferences take home between $2 to $5 million. College athletic directors average more than $1 million annually. And annual salaries for top Division I college football coaches approach $11 million, with some of their assistants making more than $2.5 million,” the court states.

But to allow educational compensation of players would sully the sport, the NCAA argued.

“I add this concurring opinion to underscore that the NCAA’s remaining compensation rules also raise serious questions under the antitrust laws,” Kavanaugh explains his rationale.

“The NCAA’s business model would be flatly illegal in almost any other industry in America,” he writes, and then dives into some examples:

All of the restaurants in a region cannot come together to cut cooks’ wages on the theory that “customers prefer” to eat food from low-paid cooks.

Law firms cannot conspire to cabin lawyers’ salaries in the name of providing legal services out of a “love of the law.”

Hospitals cannot agree to cap nurses’ income in order to create a “purer” form of helping the sick.

Movie studios cannot collude to slash benefits to camera crews to kindle a “spirit of amateurism” in Hollywood.

And also: “The NCAA is not above the law.”

“Ouch!” is what I would say If I were the lawyer for the NCAA on the receiving end of this ruling.

Next, I would calmly inform my clients that they would have to completely change the way they do business, if they want to keep doing business.