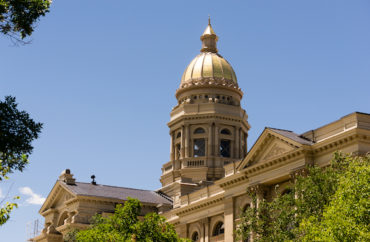 ‘Our state should not be subsidizing abortion’

Following a College Fix report on the University of Wyoming’s providing elective abortion coverage through its student health insurance, the Wyoming state legislature has passed a ban on that coverage, with a state representative leading an effort to outlaw that provision via a budget amendment.

In September 2018, College Fix reporter Chase Watkins revealed that, as one campus official put it at the time, the university’s health insurance plans for both domestic and international students “cover both medically necessary and elective abortion.”

Enrollment in the student health insurance plan is voluntary for domestic students, though international students are automatically enrolled unless they provide proof of alternative insurance.

Now the Wyoming state legislature has ordered the University of Wyoming to stop covering abortions in its health insurance plan, instituting a ban via the state budget and forbidding the school from utilizing any funds whatsoever to pay for insurance plans that cover elective abortion.

The insurance policy came to the attention of the Wyoming legislature after Jonathan Lange, a pastor out of southwest Wyoming, began writing about it in local publications. Lange had read The Fix’s coverage on the policy and wrote columns detailing it in newspapers such as The Uinta County Herald and The Wyoming Tribune Eagle.

In October of 2018, Lange appeared on the radio talk show of Wyoming state representative Chuck Gray, during which he mentioned the university’s insurance plan.

“In preparation for this legislative session, he worked on a budget amendment to fix the problem,” Lange told The Fix via email.

Gray himself, in an email to The College Fix, confirmed his efforts to forbid abortion coverage at the public university.

“We have passed a House and a Senate amendment to the budget that stopped the taxpayer subsidization of abortion at the University of Wyoming. That means the conference committee being appointed to consider the budget can’t change or remove that amendment.  So it will be in the final budget,” Gray said.

“The only hurdle is the governor,” he added.

Bill prohibits all university funds from being expended on abortion coverage

The budget amendment, provided to The Fix by Gray, specifically forbids “any general funds, federal funds or other funds under [the university’s] control” from being expended upon elective abortion coverage.

Not everyone was supportive of the amendment. Patrick Sweeney, a Republican member of the Wyoming House of Representatives, told The College Fix he opposed the bill “because it was an overreach of the budget.”

“We have authority over the General Fund but NOT ‘Other Funds.’ These dollars to pay for the student insurance policy come out of Student Fees which are other funds. To me it was not about abortion but an overreach of the legislature into the UW budget which is a block grant from the general fund which is restricted from covering things like abortions,” Sweeney said via email.

The Casper Star Tribune reported that Sweeney attempted to strip the “other funds” provision from the budget amendment, though he ultimately failed.

Sweeney’s characterization of the financial arrangement of the student insurance plan was not entirely correct: It is funded not by “student fees” but by voluntary contributions from students who elect to buy into it. A spokeswoman for the governor’s office told The College Fix in 2018 that the school’s student health insurance plan “is funded entirely by student participants in the health program. No state money is provided for the plan.”

Asked about the funding stream for the student health insurance plan, Gray indicated to The Fix that he believed it was a distinction without a difference.

“Through the state block grant, the state has been subsidizing the coverage of elective abortion in the student plan,” he said, adding: “This budget has almost $450 million in state support for the University of Wyoming. Our state should not be subsidizing abortion.”

The school is apparently resigned to altering its insurance plan if the amendment goes through. News station KPVI reported on Monday that campus spokesman Chad Baldwin “said that the university was still looking at the amendments closely and assessing them.” But on Wednesday afternoon Baldwin said the school would drop abortion coverage in the event of the bill’s passage.

“If the legislation passes, UW will move to a student health insurance package that does not include abortion coverage,” Baldwin told The Fix via email.

The amended budget would not forbid abortion coverage in cases of rape or incest, which are both currently covered by the school’s insurance policy.