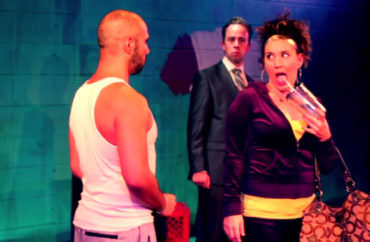 Leaders at a private liberal arts college in Illinois do not appear alarmed over concerns that their decision to cancel a play after some students complained it was too white and racially insensitive amounted to censorship and an overreaction.

Peter Bailley, a Knox College spokesman, said in a statement to The College Fix that campus leader are “proud of the open dialog between our students and faculty, which addressed important issues and concerns that frame our faculty’s teaching.”

“I believe that academia needs continually to be vigilant about the shifting nuances in addressing sensitive texts,” Carlin Metz told The Fix. “I think we must put them in our syllabi and on our stages so that we can interrogate our assumptions and examine our past in order to understand [our] present…We need to acknowledge privilege in all sectors and the inherent bias that ensues. And we all need to listen.”

Knox College leaders recently pulled The Good Person of Szechwan after student groups protested the play because of its supposed racist depictions, among other concerns.

As The College Fix reported last week, the play, which is about a Chinese sex worker who seeks to do “good deeds,” drew complaints that it stereotypes Asian women and that it engages in whitewashing because whites would be cast in nonwhite roles.

The Knox Student newspaper editorial board agreed with the activists before the play was canceled, calling it “racist” and the department “very white … like many departments at Knox.”

“The theatre department … needs to acknowledge that they are coming from a place of privilege and prejudice. They need to listen to their students when they voice their concerns about not only the plays the department produces, but interactions with insensitive faculty and problematic syllabi,” according to the Nov. 1 editorial.

“Students of color have time and time again expressed their concerns about the department’s tendency to stereotype, tokenize and demean minority groups,” it continued. “This treatment of students must stop and can only be stopped by the professors taking the time to actively listen to their students.”

The protests had started months before the premier of Szechwan after the theater department announced that the play would be produced during the winter term.

Some students read the play during a theater class and were unnerved by its portrayals of Asians, the play’s Asian setting, the “stereotypical-sounding names” of the characters, and the fact that the main character is a prostitute, Inside Higher Ed reported.

A “preliminary plan to adjust the setting of the play to Europe” also sparked controversy, with students worrying that the setting change “was a way to get around finding people of color to fill East Asian roles on a heavily white campus.”

A discussion at a student-faculty forum earlier this month ultimately led the theater department’s cancelling the production.

Bailley, the campus spokesman, told The College Fix that the cancellation was due in part to its “troublesome portrayals of women and individuals of Asian origin.”

“As a college that values inclusion and equity,” Bailley wrote, “we welcome disagreement, dialogue, and debate among our community members. It is essential to our mission as a liberal arts college.”

The Fix reached out to both The Knox Student and the school’s president for comment. Neither replied.

MORE: Theater department cancels play because some whites might be cast as Asians