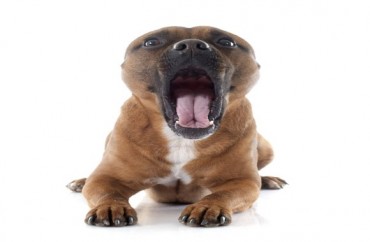 Aurora University President Rebecca Sherrick, who is pursuing a hearing on disorderly conduct charges against a student who confronted a supposed Marine about stolen valor, apparently had gotten into a bit of trouble a few months ago for her own disorderly conduct violation.

Ryan Lonergan is the veteran who allegedly shoved and threatened a fellow George Williams College (an affiliate of Aurora) student who had lied about being a Marine.

Back in June of this year, Sherrick was the subject of a police investigation for disorderly conduct due to, as Badger Pundit notes, “barging into a private home to scream at a dog owner about her choice of dog.” Later in the report, President Sherrick admits she “may have stepped in” the complainant’s (Karen Pauly) house because (Pauly) “had opened the door.” She adds that when someone opens a door “it’s an invitation of sorts.”

Ultimately, Sherrick and Pauly settled the matter without any official charges filed.

Perhaps President Sherrick could do the same with regards to Mr. Lonergan, especially since he outright denies threatening the “Marine” … not to mention that the complainant appears to have left town.

UPDATE: As of Monday October 19, Lonergan reports via e-mail that “all charges have been dropped and the ban [on him being on campus] has been lifted.”

He notes that four students present in the dining hall during the incident corroborated his story, and apparently this was sufficient for “the dean of Aurora university and another official from the campus” who had held a hearing.