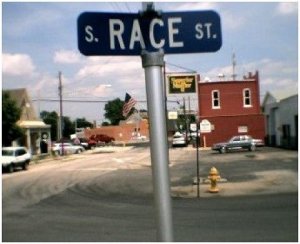 So says the Associated Press in a story yesterday featured at Philly.com. Which begs the question: Does the AP — or anyone else, for that matter — seriously expect racism to have been eradicated completely by now?

But consider: despite the fact that the occasional racist incident “pops up,” as the AP puts it, “students are becoming increasingly vocal in protesting racism and administrators are taking swift, zero-tolerance action against it.”

In addition, “millennials are more likely than older generations to say society should make every possible effort to improve the position of blacks and other minorities,” and “are also more likely to support interracial marriage and have friends of other races.”

These facts apparently don’t alter the feelings of various minorities “not being safe” on campus where “no one cares about” them.

“We’re literally begging people to care about our issues,” [University of Maryland student Kayla] Tarrant said, with tears in her eyes, to applause from about 100 students – blacks, Hispanics, Asians and a few whites – gathered to discuss the racial climate at the predominantly white, 27,000-student campus.

Tasia Harris, a senior at the University of North Carolina at Chapel Hill, said racially charged events in society are “blatant reminders that this is something that continues to affect our lives.” She is among students who are trying to get a plaque placed next to a Confederate soldier statue on her campus, explaining its history.

So, notwithstanding the quite positive feelings, desires and actions of the millennial generation, why does someone like Ms. Tarrant get tears in her eyes because her peers appear not to care much (at least as much as she does) about race and racism?

Maybe this explains it (click image for a larger version):

Yep, that’s from “Bloom County,” a popular syndicated comic in the 1980s. Thirty-plus years ago.

Now, if creator Berkeley Breathed thought the hyper-sensitivity of Americans was bad then, one can only guess at what he would think of it today … in the world of “micro-aggressions,” “safe spaces,” and “bias response teams.”

Ms. Tarrant’s frustration may be symptomatic of another facet of the millennial generation — that of not being able to handle the word “no,” and/or failure. This, in addition to the (progressive) academic obsession with all things race and diversity where, superficially at least, “conversations” about such are desired, but the giving of lectures is the reality.

Reluctant recipients of these lectures become cultural apostates, which subsequently requires their attendance in mandatory “sensitivity” and “tolerance” trainings — so they can get their way of thinking “right.”

Couple all that with instantaneously generated outrage at any perceived racial “offense” on social media and maybe, just maybe, college students’ (and folks’ in general) seemingly indifferent attitude is merely a manifestation of  “race overdose.”