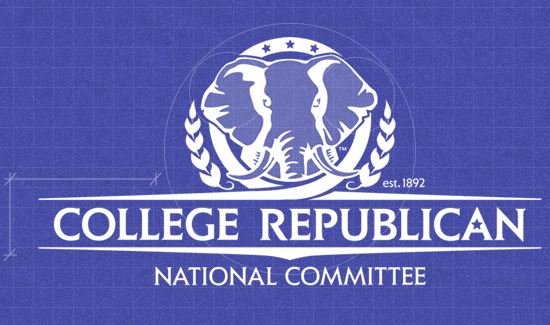 For example, they were among the tens of thousands of people across the nation who changed their Facebook profile picture to red-colored equal signs when the Supreme Court heard oral arguments on same-sex marriage in late March.

Where were College Republicans with an official and clever little icon to post in support of traditional marriage? Nowhere to be found.

So I changed my profile picture to that of a man and a woman, which sparked quite a dialogue. How cool would it have been if that were more widespread?

This week, the College Republican National Committee released a postmortem on what went wrong with the youth vote in the November election, during which “President Barack Obama won 5 million more votes than Gov. Mitt Romney among voters under the age of 30 … enough to ensure his re-election.”

I know that people my age use their smartphones much more than “at least once a week,” and nearly everybody uses various apps/texting “multiple times per day,” as the report stated.

It seemed odd the notion was startling to College Republican leaders.

But I’m on their side, and while some of the report’s advice is obvious and should already have been undertaken with earnest, on the positive side – it’s a good start.

The strategies show at least College Republicans are doing something, instead of just giving up and accepting labels put on us by Democrats.

The report used focus groups, surveys, and looked at studies to gather its intel and advise students how to address such hot-topics as abortion, immigration, health care and the military.

But the larger issue is image, the rhetoric used by Republicans. Neither resonates with young people, the report said.

We cannot be content to concede labels like “caring” or “open-minded” to the Democrats just because they want us to.

“It is not that young voters are enamored of the Democratic Party,” according to the report. “They simply dislike the Republican Party more. . … Young ‘winnable’ Obama voters were asked to say what words came to mind when they heard ‘Republican Party.’ The responses were brutal: closed-minded, racist, rigid, old-fashioned.”

In my opinion, we have to work based off of our own brand. Meaning, we shouldn’t argue why we aren’t racist or homophobic, because that essentially validates Democratic posturing.

Instead, we have to explain why we are intelligent, helpful, hardworking.

Definitely making better use of Facebook and Twitter is a good idea. The report also suggested identifying younger, hip candidates. Sure, why not?

Ultimately, however, we need to articulate our positions better, and not just College Republicans – all Republicans, politicians included.

It is a truth universally acknowledged that Obama’s oratory skills are largely what got him elected.

On our side, people like Dennis Prager and Michael Medved have ways of clearly explaining issues. Everything is brought down to simple, intelligent discussions. Why can’t our politicians speak more like that, instead of talking down to people?

Take the health care issue. At San Diego State, it is not required to take an economics class to earn a bachelor’s degree. I assume that is similar elsewhere. So the idea that a small business owner would have to cut employees in order to stay afloat in the face of Obamacare is not inherently understood.

We heard some of that during the Obamacare debate, but not enough. The national conversation centered on Obamacare’s unconstitutionality.

Like the report says, a bad message doesn’t earn votes or support.

“Economic growth, tackling long-term challenges, and focusing on opportunity trumped narratives around the constitution, liberty, and American values,” it stated. “While those things are not unimportant, this generation is looking for outcomes – particularly economic outcomes – that are going to make them better off.”

In the end, the report essentially offered five basic ideas, stating: focus on the economic issues that affect young people  today: education, the cost of health care, unemployment; capture the brand attributes of intelligence, hard work, and responsibility; don’t concede “caring” and “open-minded” to the left; fix the debt and cut spending, but recognize that messages about “big government” are the least effective  way to win this battle of ideas with young voters; and go where young voters are and give them something to share.