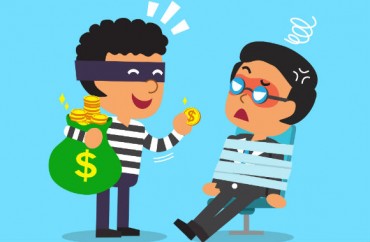 Last fall we told you about Jennifer Henderson, a University of Missouri student who found herself the only known voter in a gerrymandered “community improvement district” (CID) as business owners were conspiring to raise the neighborhood sales tax without a public vote.

Her vocal opposition to a tax hike, noting the relative poverty of the neighborhood, led them to temporarily abandon the plan, though 15 total voters were later discovered in the Business Loop 70 corridor.

The lawsuit, filed Jan. 8 by CID voter Jen Henderson, alleged the CID committed four constitutional violations before and during the election: lack of a secret ballot, lack of a secure ballot box, lack of adequate notice of the election and lack of a neutral election administrator.

In late January, attorneys for the Business Loop CID, board President Tom May and Executive Director Carrie Gartner asked the court to dismiss the lawsuit because of a lack of jurisdiction. Caleb Colbert, attorney for the defendants, argued in court on Feb. 29 that Henderson could not challenge the results of the sales tax election because no provision existed within the state’s CID Act to allow for an election challenge. …

The sales tax, which will take effect April 1, increased the rate in the district to 8.475 percent and is estimated to generate $220,000 annually.

The “without prejudice” ruling allows Henderson to refile the suit if she wishes, though her attorney would only tell the paper they are “now looking at what remedies might be available” to her.

Read the story. The Columbia Missourian has Henderson’s original lawsuit.