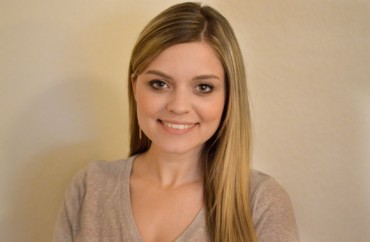 As conservative college students, we must reclaim our campuses

In 2014, Sex Week debuted on my campus — the University of New Mexico — with workshops titled “How to be a Gentleman and Still Get Laid” and “How to Have a Successful Threesomes,” among other salacious headliners.

Advice doled out throughout the week included oral sex techniques. Organizers even dressed as genitalia to “do away with the shame” that comes with sex.

How do I know? I attended the events and took notes.

The pattern of objectification and a lack of responsibility became evident. It was clear organizers had an agenda – teach my peers that anything goes, and there are no consequences.

I knew it was time to take matters into my own hands, so I decided to host a “Sex Week” myself — but this time, it would be focused on sexual education, not sexual gratification. After eight long months of planning, Students for Life UNM brought “The Real Sex Week” to the University of New Mexico in March.

We began with a workshop discussing the male and female body, the biology behind intercourse, and how the act of sex affects our minds and relationships, linking humans chemically and contrasting the notion that one-night stands have no impact on women’s psyches.

Our second workshop was packed with STD education and information on contraception from a local OBGYN, Dr. Ann Church. We discussed the success and failure rate of different contraception (did you know that condoms have a 18 percent failure rate?) and looked at how hormonal contraception negatively affects the body, because those who use oral contraceptives have up to ten times the risk of developing breast cancer as does a non-user.

We also taught about other forms of contraception, such as Natural Family Planning, which is an umbrella term for different methods used to cause and prevent pregnancies, all based on the observation of the naturally occurring signs of the fertile and infertile phases of a woman’s menstrual cycle. The A-word, abstinence, was also touted. Students learned that avoiding sex before marriage actually has positive effects, such as lower exposures to an STD and more positive thoughts about life in general.

Our next night was all about supporting pregnant and parenting students, a topic near and dear to my heart as I gave birth to a son in 2014, when I was a junior.

I am not alone. Nearly 4.8 million undergraduate students are parents of dependent children, according to the Institute for Women’s Policy Research.

When a woman becomes pregnant while still in school, the two major pressures she faces are to drop out or have an abortion. Not enough men and women are empowered and supported to continue their education and parenthood.

During our “Pregnant and Parenting Support” workshop, we heard from a local pregnancy center, Women’s Pregnancy Options, as well as testimonies from five mothers who are recent graduates or still in school. The advice they doled to female students who find themselves pregnant? Stick it out – there’s support available, such as pregnancy resources centers and the national Students for Life of America initiative, Pregnant On Campus.

All five women concluded their comments by talking of how thankful they are that they continued their education and chose life rather than abortion.

Our next night offered healing from sexual assault with counselor Rebecca Frock, as well as healing from abortion with the help of Surrendered Hearts. At the “other” sex week at my school, students were taught there are no lasting harmful effects from abortion, but the women who attended our seminars were indeed in pain from their choice to abort, and received forgiveness and healing through the night filled with tears, hugs and words of encouragement.

We concluded “The Real Sex Week” with a women’s self-defense class offered by MMA fighters Jesonna Ollis and Greg Mundth. Instead of hearing that most college men are rapists who need to be taught to control themselves, females in our workshop gained empowerment by learning how to fight off would-be attackers.

Bringing an alternative sex week to UNM had its challenges. Mere days before our “The Real Sex Week” began, ultra-feminist peers on my campus announced they would be hosting “The Real Sex Ed” on the same days as our event.

In addition to mimicking our name and creating competing posters — all designed to hurt our attendance — the group tore down our flyers and told students not to attend our events because we were supposedly spreading homophobic and shameful material.

They also created a blog and called for students and the community to tell UNM President Robert Frank to shut our event down. And they tabled outside before our events, dressed up as genitalia, and handed out condoms.

Their opposition fell flat. We never heard a peep from our campus president. Attendance at our events was strong.

But the most rewarding outcome of our week was witnessing students happily receive our information and leave with a positive outlook on sex, pregnancy, and their worth as women. It was a time of healing, hope, empowerment and love.

As conservative college students, we must reclaim our campuses.

Feminist professors and students desensitize their peers to the potential consequences of sex, and often fail to address the negative impacts of abortion and options for support for women who choose life.

Sex Week should challenge students to make responsible choices, rather than mislead them and promote irresponsible lifestyles.

Due to the success of our “The Real Sex Week,” there’s talk of making it a national event through Students for Life of America.

Lord willing, the movement grows. It was one of the most difficult but rewarding things I’ve ever done, besides giving birth and raising my beautiful boy, Daniel.