A new poll conducted by Knight/Gallup suggests that college students have some conflicting views on free speech and what it actually means. While they claim to support it, they also support restricting offensive speech, a survey of some 3,000 undergrads nationwide found.

Roughly seven in 10 college students regard free speech rights as being “extremely important” to democracy and nearly three-quarters believe colleges should not be able to restrict expression of political views that upset or are offensive to certain groups, the poll found.

Yet it also found 78 percent favor providing safe spaces from threatening ideas or conversations and 48 percent support speech codes that restrict some speech. 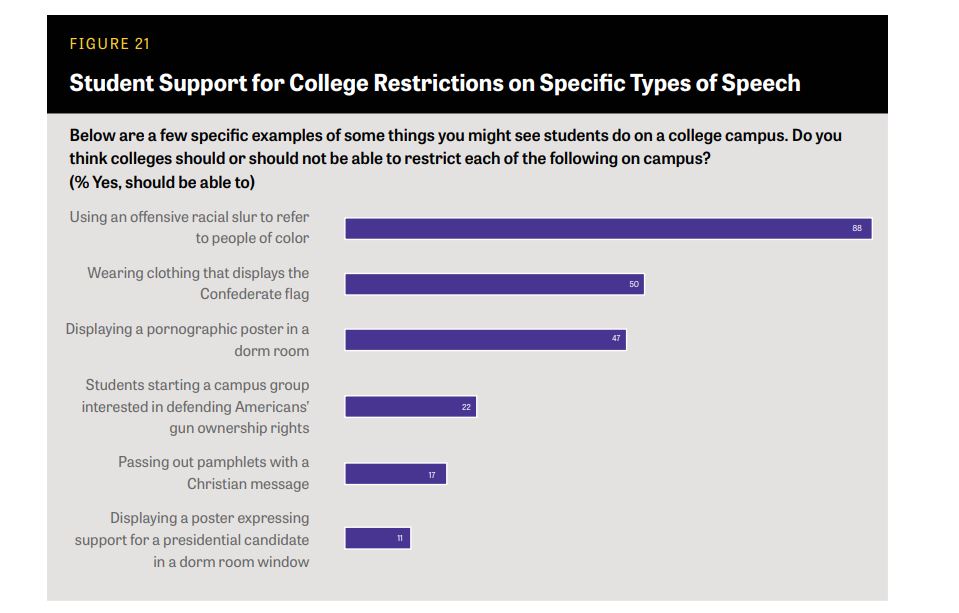 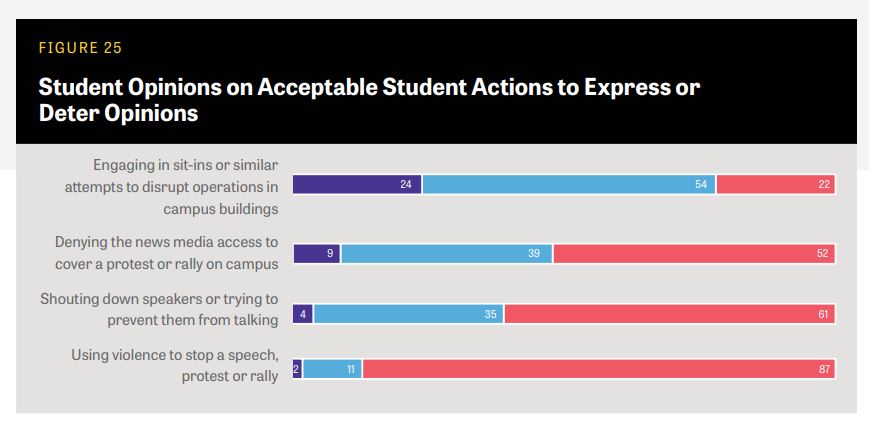 A free speech expert said that the conflicting results are because people support in general the idea of free speech, until asked about specifics.

“Survey data on civil liberties almost always demonstrate that people are supportive of civil liberties in the abstract but are often more selective in who or what (as in ideas or content) they grant these rights to when specifics are included. This is particularly the case for the First Amendment and freedom of speech,” said Sean Stevens, the Foundation for Individual Rights in Education’s senior researcher, in an email to The College Fix.

A poll in 2019 found that 61 percent of Americans favor imposing restrictions on free speech. Social media sites have banned and suspended prominent political figures for “violating terms and conditions.” And, according to a 2018 FIRE report, 90 percent of colleges actively suppress free speech.

As for the Knight/Gallup poll, 81 percent of students polled widely support campuses where students are exposed to all types of speech, even offensive speech, but 63 percent agree the climate on their campus deters peers from openly expressing themselves. Democratic and independent students reported feeling more comfortable about free expression than their conservative counterparts.

Students were also polled on what behavior was acceptable in expressing or condemning opinions.

“These figures both suggest that a small but notable minority of college students consider such actions to, at times, be acceptable responses to offensive speech or expression. Other investigations of student attitudes toward the use of shoutdowns and violence have found something similar.”