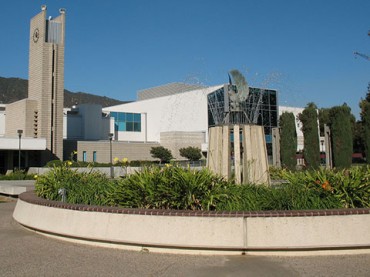 Citrus College in California settled a lawsuit with the Foundation for Individual Rights in Education filed on behalf of a student who was stopped from collecting petition signatures on Constitution Day.

FIRE said the school would pay the student $110,000 in damages and attorney’s fees, and that it has revised speech-squelching policies, “agreed not to impede free expression in all open areas of campus” and adopted a First Amendment-compliant definition of “harassment.”

The federal court overseeing the settlement will also retain jurisdiction for a year, so the student can “enforce the agreement without filing a new lawsuit,” FIRE said.

The incident leading to the lawsuit took place on September 17, 2013—Constitution Day. Sinapi-Riddle had gone to Citrus’s designated free speech area to collect signatures for a petition urging the college’s student government to condemn the NSA’s surveillance program. Then, as Sinapi-Riddle took a break to go to the student center, he began a discussion about the petition with another student. An administrator put a stop to the conversation, claiming that a political discussion could not take place outside of the free speech area and threatening to eject Sinapi-Riddle from campus for violating the policy.