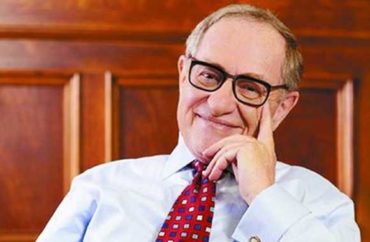 American universities are lowering academic standards and replacing them with identity politics and mediocre metrics, Harvard emeritus law professor Alan Dershowitz wrote in an op-ed for Newsweek on Monday. These practices hurt hardworking disadvantaged students and the general public that depends on rigorously trained professionals, he wrote.

“The decision of New York University not to renew the contract of one of the most distinguished professors of organic chemistry is a sign of the times, Dershowitz wrote. “Academic standards in general have been consistently lowered over the past several decades…standards for admission to colleges and universities have been lowered as well.”

Krauss wrote that the decline of university standards followed necessarily from lowering academic standards for some students’ admission. Students admitted under lesser criteria find competing against students with more rigorous backgrounds challenging, so colleges have dumbed down courses to level the playing field.

Admission according to different standards doesn’t matter as much “in subjects like political science where all ideas are created equal and are judged as much by the identity of the student as by content,” Dershowitz wrote.

However, rigor trumps identity politics in courses like organic chemistry, so “that is why some – but by no means most – of Professor Maitland Jones Jr.’s students petitioned against him, and why his contract was not renewed.”

Although colleges have “long lowered the expected standards” for students admitted for athletics, he wrote that those students have historically taken “gut” or easy classes, which pre-med students avoided. “But no one suggested lowering the standards for pre-med.”

Some of the best students from working-class or low-income backgrounds who work the hardest lose out in this system because they must compete with the elite without the benefit of good academic preparation or (in some cases) race-based affirmative action, the emeritus professor wrote.

The NYU-Professor Jones case highlights another symptom of the replacement of meritocracy with mediocrity: the elimination of grades and tests.

“If grades and test scores are eliminated—as universities are being pressured to do—what criteria will be employed to determine who our surgeons, pilots, engineers, and lawyers will be?” Dershowitz wrote. “Identity politics? Personality? Buttering up professors? Privileged backgrounds? These subjective criteria will hurt the less privileged more than rigorous and neutral grading.”

Ultimately, those who lose most from decreased academic standards are the Americans who will “receive substandard care from those whose job it is to protect us from harm,” such as doctors, pilots, lawyers and police, Dershowitz concluded.