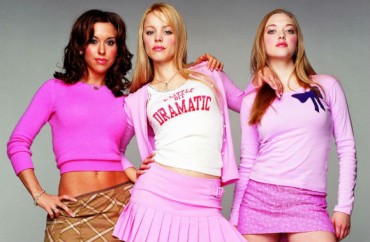 If you don’t want to be accused of racism, sexism and oppression, make sure there aren’t too many men – particularly white men – in important roles in your organization.

If you can’t immediately fix that problem – by firing or demoting them – then just abjectly apologize and hope for the best.

Your third option is to fire the woman who defends them, then abjectly apologize.

In a whirlwind that recalls one of the central incidents in Jon Ronson’s book So You’ve Been Publicly Shamed, Columbia University’s student-run arts journal dumped its social media editor, grad student Sara Atrice Loitz, one day after an open letter criticized Columbia Journal.

The journal’s sin? Using all men to judge its writing contest this year. Even worse, two of the three men were white.

Yasmin Belkhyr, the founder and editor of arts journal Winter Tangerine, was so bothered by this slate of judges that she asked Columbia Journal to give an accounting on the contest’s Facebook page.

Apparently not appreciating Belkhyr’s casting of aspersions on its contest judges simply for their race and gender, Loitz replied that Columbia Journal had chosen judges of all colors, genitals and orientations over the years – based on “their qualifications … not their minority status.” She then embedded a meme from the movie Mean Girls.

Deciding that Loitz deserved to be ruined for having a mildly bitchy response to the racist and sexist complaint from the editor of a competing journal, Belkhyr ripped into this “presumably white woman” and said she’s everything that’s wrong with Columbia. From the open letter:

It is journals like Columbia University’s journal that actively contribute to hideous racism, misogyny and classism when you dismiss a genuine question from a brown woman with something as mindless as a racist gif from Mean Girls. You actively contribute to oppression when you grant roles of authority and persuasion to cis white men. You actively contribute to oppression when you demand high fees from student writers just so you can offset costs [a $15 entry fee]. While your social media editor stated that she deleted the post [responding to Belkhyr] because she doesn’t want to be seen as a representative of Columbia University, as a white woman privileged with a position of authority at your influential Ivy League school, she absolutely is one.

Obvious nonsense aside, this #Columbia student makes unwarranted assumptions about others… https://t.co/iImWyIJCaI pic.twitter.com/tQnqLYypIR

And it worked: Columbia Journal penned “an open apology” to Belkhyr, saying that it asked Loitz to step down immediately (translation: fired). Because hey, what’s one woman?

Her views are not representative of our publication, which is currently staffed by 40 people, only 12 of whom are white men. Our print content editors who selected the judges are women, people of color, or both, committed to publishing diverse, strong work.

Yet “the editorial team” didn’t say anything factually different than Loitz had. They explained the submission process to the journal was free from May to September in print (and year-round online); that this year was unusual in that only cisgender men (two of them white) were available to judge the contest (they aren’t compensated); and that the entry fee goes to paying for the publication.

Keep in mind that Belkhyr’s own journal, Winter Tangerine, is thoroughly dominated by women, judging by its masthead. There’s no glass ceiling waiting to be broken at either publication.

So congratulations, Belkhyr. You got a woman fired – from a position sometimes derided as a “pink ghetto” – for being less narrow-minded than you, while also raising your profile and that of Winter Tangerine.

Punching down is fine as long as the victim is “presumably white.”