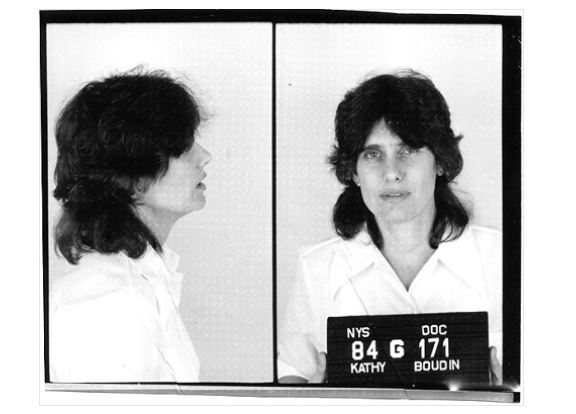 Kathy Boudin, a 1960s radical and former Weather Underground member who participated in a robbery that left two police officers and a security guard dead, now has the prestige of academia behind her.

The New York Post broke the story that Boudin, who spent 22 years in prison for driving the getaway car in the Brinks armed robbery, has been named the Sheinberg Scholar-in-Residence at NYU Law School, along with enjoying an adjunct professorship at Columbia University’s School of Social Work.

Marianne Yoshioka, Associate Dean of Columbia School of Social Work responsible for hiring Boudin, told the Post that Boudin, who teaches on criminal parole and reentry into society, is “an excellent teacher who gets incredible evaluations from her students each year.”

According to Yoshiokia, Boudin has taught hundreds of students at Columbia, with only three ever complaining about Boudin’s radical credentials.

“Of all the people in the world to find to speak on the issue of what women face coming out of parole and reentry, Columbia and NYU had to find a former far-left extremist who has been convicted for the death of three people,” said the Wall Street Journal’s Sohrab Ahmari on Opinion Journal Live.

Boudin’s students may not realize that the Weather Underground was an infamous radical leftist student organization that split with Students for a Democratic Society (SDS) in the late 1960s to join ranks with black liberationists and other self-identifying revolutionaries. Their goal was nothing short of overthrowing the United States government.

Boudin survived the 1970 Greenwich Village townhouse explosion, when a bomb intended for the Fort Dix, New Jersey Army base prematurely detonated and killed Weather Underground activists Theodore Gold, Diana Oughton and Terry Robbins. At the time of the explosion, Boudin was out on bail, awaiting trial for her role in the “Days of Rage” demonstrations in Chicago the year before.

Still living in hiding as a fugitive in 1981, Boudin played a central role in the Brinks heist, which was supposed to usher in a new American revolution but instead ended with three dead. At the time of the robbery, Boudin was 38, married, and the mother of a toddler.

Boudin isn’t the only 1960s terrorist to earn the prestige of the academe.

Northwestern Law School employs Bernardine Rae Dohrn, a founding member of the Weather Underground and a principal signatory of the group’s 1970 “Declaration of a State of War,” which announced violent conflict with the U.S. government. Dohrn’s husband, Bill Ayers, one of chief theorists of the Weather Underground’s communist agenda, has held a “distinguished” professorship for many years with the College of Education at the University of Illinois at Chicago.

Why would universities open their classrooms to former American terrorists?

Ahmari speculated that “the culture treats people that are on the Left and extremists as, ‘oh, it was the 60s and 70s and these kids were basically well-intentioned and the system was terrible back then and sure they went too far every once and a while but they’re basically on the side of the good and the just.’ ”

Boudin’s victims might have a different definition of justice.