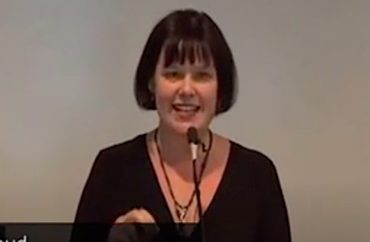 According to Elder of Ziyon, neuroscientist Gerry Leisman of Israel’s Haifa University put out a listserv request seeking “reviews and results of experimental studies” for a special edition of the journal Brain Sciences.

“The Brain Goes to School” issue will, according to the summary, “provide a knowledge base on brain–behavior relationships related to instruction, assessment, and intervention, to assist cognitively diverse learners.” (For unknown reasons, the journal’s original link is now “404 Not Found”; however, a Google cache link is available.)

Columbia’s Karen Froud, a member of the listserv, responded thusly to Leisman’s request:

I urge you to consider this request in light of the Boycotts, Divestments and Sanctions [BDS] Movement for freedom and justice in Palestine. Like many / most academic institutions in Israel, Haifa University is an apartheid institution.

I recognize that many of you work within this institution and hope you are also doing your part for academic freedom.

Warm wishes for a peaceful and just world – which after all is where educational neuroscience as a field points us.

The first article at the link Froud provides states “Haifa University discriminates against Palestinian citizens of Israel through exclusionary practices.” Considering the enrollment of Arab students at Haifa U. is 41 percent — the highest of all Israeli universities — that is an interesting definition of “exclusionary.”

To look at it from another angle, Haifa U. is “twice as welcoming of Arab students than [it is] of Jewish students on a per capita basis.”

Professor Leisman responded to Froud on the listserv, saying “It is quite audacious of you to claim that you support academic freedom by requesting others to shut down academic freedom.

“So much for academic discourse on your part on an issue that has nothing to do with the project in Neuroeducation. What makes your opinions valid and those of others not? Some website? Do you base your actions on an order on a website? Your actions are inconsistent with the notion of Academic Freedom, but rather with an opinionated individual ramming his/her political agenda down the throats of academics on a mailing list.”

On Rate My Professors, Froud’s negative ratings outnumber her positives. One thing that stands out in the (negative) comments is that Froud pre-records her lectures for viewing on YouTube which, as one student said, “falls well short of justifying the price of $1500/credit.”