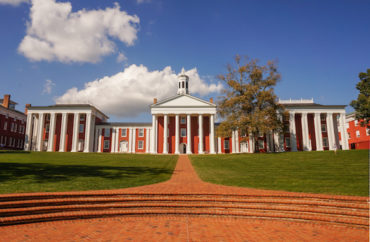 A panel appointed by Washington and Lee University to study its history and the impact it has on the institution has recommended that the university retain its name, despite some controversy in the university’s being partly named after the Confederate war general Robert E. Lee.

In its report, the commission said that “changing the name would not change the institution’s history or perfect its culture and runs the risk of denying history rather than learning from it.”

The commission stated they believe the university can “maintain its namesakes while being a relevant, ethical and vibrant 21st-century institution.”

Will Dudley, president of Washington and Lee University, said he wanted to express thanks to the commision for their “exceptional service on behalf of the university.”

“They were remarkably persistent in talking through their differences and in the process, developed deep and abiding respect for one another,” Dudley said of the commission, in a statement provided to The College Fix by campus spokesman Drewry Sackett. “This is just as I would have expected and should serve as a model for all of us. We owe them our gratitude for the thoughtfulness of their work and the manner in which they conducted it.”

He said the commission read the hundreds of emails that were sent, conducted on-campus listening sessions with faculty, students and staff, and held four telephone conferences for alumni.

“As the ninth-oldest institution of higher education in the country, Washington and Lee is a justifiably proud university that can withstand careful scrutiny,” said Dudley. “Indeed, we should welcome it, and the educational opportunities that it presents.”

“Over the coming months, I will consider the remaining recommendations in consultation, as appropriate, with W&L’s Board of Trustees, faculty, staff, students and alumni,” Dudley added.

Representatives of the Student Association for Black Unity, a student group which seeks “to uphold the University’s commitment to diversity” and “create an environment that promotes civic awareness, tolerance, the exchange of ideas and community service,” did not respond to requests for comment from The Fix regarding the commission’s recommendation.

Other recommendations made by the committee include retaining the name of the teams as “The Generals” despite the claim that some believe it is directly referring to Washington and Lee, converting Lee Chapel into a museum and not having it be used for key events and displaying portraits of Lee in civilian attire rather than his Confederate uniform.

In recent years the school has grappled with its past, sometimes generating controversy. In 2014 it removed several Confederate flags near a statue of Robert E. Lee.

The following year, the school barred the Sons of Confederate Veterans group from accessing the school’s chapel, citing inflammatory remarks the group made after the Confederate flags were removed.

Though the commission recommended against renaming the school, it did suggest renaming the campus building Robinson Hall, the construction of which was financed in part by the sale of several slaves owned by John Robinson, a benefactor of the college.

“The hall’s association with slavery at Washington College – i.e., that the Robinson bequest included enslaved persons who labored at the institution until the institution sold them to others – gives special urgency to this proposal,” the report reads.