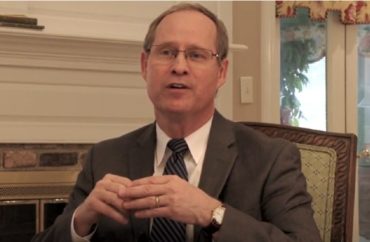 Strips federal funding from colleges that limit the First Amendment

A Republican Congressman told The College Fix that he believes his “Campus Free Speech Restoration Act” will win bipartisan support.

“It is my hope that Washington Democrats will come to the table on the issue of free speech protections and support this bill,” Representative Greg Murphy (right) told The College Fix through a spokesperson. “I will continue to advocate for this important bill in the House Education and Labor Committee and look forward to its passage in the not-so-distant future.”

The North Carolina Republican’s legislation would end federal funding for any public university that creates free-speech zones, bias reporting programs or in any other way violates a student’s First Amendment rights.

“College provides a unique opportunity for students to be challenged and share perspectives,
Murphy said. “Liberal educator’s attempt to sterilize education with left-wing propaganda does our nation a huge disservice.”

He said he is “optimistic” that the labor and education committee will move his bill to the full House.

And while the bill primarily holds public universities accountable, he also wants transparency from private colleges.

The legislation “obligates private higher learning institutions to honestly disclose their policies that relate to free expression and requires them to be upheld,” Murphy said.

Free-speech group has some reservations about the bill

The Foundation for Individual Rights in Education raised some concerns to The College Fix about the legislation.

While being “a solid starting point,” the bill “has things that should be amended or changed before it should be enacted,” FIRE’s Legislative and Policy Director Joe Cohn told The Fix in an interview.

He said that the legal standards and language of the legislation on free-speech zones should be changed to align with Supreme Court precedent.

Cohn is also concerned about giving power to the Department of Education to adjudicate free-speech codes.

Cohn said “it would probably be wise for the legislation to not empower the Department of Education to be involved in all campus free speech disputes.”

FIRE is also concerned that the complete revocation of funds for a violation is “draconian.”

“We see [problems] in the Title IX context, when a school could lose all their federal funding for a violation that leads to schools being unwilling to challenge a government’s interpretation no matter how unreasonable it may be,” he said. “Under Title IX you lose all funds and that has led to some administrative abuses because no one dare challenge the Department of Ed when so much money is on the line if they lose. We don’t want to create a similar problem here,” with Murphy’s legislation.

In replace of the current penalty structure established in the bill, FIRE recommends the bill adopt “a fine type of system” to avoid “what has happened in the Title IX context, where no school has been willing to challenge the Department of Education’s interpretation.”

The legislation remains in committee as of July 27.

Editor’s note: Cohn’s comments have been updated to clarify that his comments on Title IX were a reference to what could happen with other Department of Education funding under this legislation. This legislation addresses Title IV.