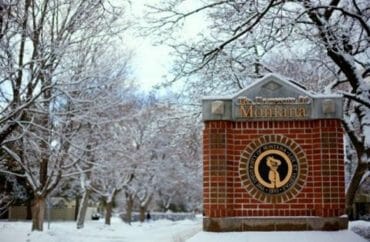 University of Montana says he was never disinvited

Conservative firebrand Professor Mike Adams recently thought he had been blocked from speaking at the University of Montana after the dean of its journalism school requested the scholar not speak there because he posed “the risk of offending students.”

“I’ve been banned from speaking at U. of Montana because I do not share their values of being ‘tolerant’ and ‘welcoming.’ A Dean said that,” Adams tweeted Oct. 18.

But university officials insist he was never refused access to campus despite its Journalism School’s recusal from the event, and now it seems the drama has been resolved and he will speak after all this February as planned.

“… After much uproar, my speech is going to be on campus [at Montana] in February. Tickets went on sale today. 450 tickets gone in six hours …,” Adams recently tweeted.

At issue was report about an email the University of Montana Journalism School’s Dean Larry Abramson sent to Maria Cole, benefactor of the Cole lecture series of which Adams had been asked to speak.

“I think we can find a speaker who will talk about free speech issues, without running the risk of offending students. We can still have a conversation with him if you want, but he is pretty extreme in his views,” Abramson’s email reportedly said.

Abramson told KGVO at the time that “the J-school does not have to invite people that we think don’t match with our priorities or our values as a tolerant, welcoming school.”

But University of Montana President Sheila Stearns pointed out that the School of Journalism will technically not be the one sponsoring the Cole Lecture, and Adam’s event will indeed take place this February.

“Dear Professor Adams,” she wrote, “you are not banned from speaking at the University of Montana. As far as I am concerned, you will receive a safe and respectful reception. Content or possibly political points of view should never be a consideration in scheduling campus events.”

Stearns also sent a letter to the Montana Commissioner of Higher Education, stating “I continue to hear rumors that the University of Montana has banned Professor Mike Adams from the campus. The School of Journalism is not sponsoring Mr. Adams’ lecture, but he has never been banned or uninvited from our campus.”

University spokeswoman Paula Short and Dean Larry Abramson of the School of Journalism confirmed to the The College Fix that “Mr. Adams was never [uninvited] to the University of Montana for a speaking engagement” and that “he is, in fact, speaking on campus in February.”

Adams is outspoken with his conservative views and has sparked much controversy at the University of North Carolina Wilmington, where he is a professor of criminology.

In 2007, Adams sued UNCW for discrimination and won. As a result, the university promoted him to full professor and created new guidelines for stronger protection of speech, rendering him practically untouchable.

As for this recent confusion, the Alliance Defending Freedom, a conservative legal organization, weighed in on Adams’ behalf.

“College campuses are supposed to be a marketplace of ideas,” Casey Mattox, an ADF attorney, said in an email to The Fix. “But too many campuses today are more like a Venezuelan grocery store – with officials deciding what ideas will be allowed and imposing fees that make speech more expensive than free. This controversy just proves that Mike Adams’ voice is needed at the University of Montana and the campus will be better for hearing him speak.”