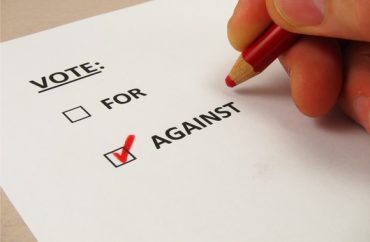 A conservative professor at UCLA claims his superiors are working to get him fired because they do not like his politics.

UCLA communication studies lecturer Keith Fink’s assertion comes several months after his department chair put a cap on the number of students who could enroll in his class. That left a long line of very frustrated students saying they wanted to take his class, and there were empty seats inside Fink’s classroom, but campus administrators effectively blocked their ability to enroll.

Fink, a conservative, an attorney, and a free speech defender who has been openly critical of ways in which UCLA has trampled on students’ free speech rights, said the discrimination against him has grown worse.

Now he claims his department “has done everything it can to rig” his performance review in an attempt to oust him from teaching at his alma mater.

A vote on the popular lecturer’s excellence review took place last week, but the results might not be known for up to two weeks, teaching assistant Andrew Litt said.

Lecturers at UCLA are required to go through the excellence review process by the end of their 18th quarter of teaching and the review includes compiling an “Initial Continuing Appointment” dossier.

Included within the file are items such as a curriculum vitae, list of students to be solicited for reviews, a list of those who might not provide objective evaluations, a classroom observation, and an optional list of names who may speak to the lecturer’s teaching ability.

In his candidate response to the department’s dossier, Fink lays out that his right to a fair review was denied. He alleges, in the document obtained by The College Fix, that the communication studies department worked to keep evaluations from students of his choice out of the file and that a teaching evaluation is “riddled with falsehoods and distorted facts,” written by a faculty member Fink deemed biased at the beginning of the excellence review process. “My support within the Department inexplicably took a turn for the worse after the appointment of Kerri Johnson and Greg Bryant to Chair and Vice Chair, respectively, last year,” Fink (pictured) wrote in his excellence review response.

Following their appointment, Fink says the department sought to deem him “not excellent” and wants him gone. Fink asked whether Bryant and Johnson could be recused from voting. He was told no.

‘any means … to rig my Excellence Review’

In his dossier response, Fink targets both Johnson and Bryant for impeding his ability to an impartial review. He says Johnson originally told him he couldn’t seek out his own student evaluation letters, only to be later corrected after Fink reached out to clarify what he said was a “flat-out lie.” Though, Fink was told student letters he solicited would be given less weight than those sought by the department.

“Then, despite timely submitting a list of names from whom the Department could solicit letters, I later discovered that not a single one of these students had been solicited to write a letter,” Fink wrote.

Fink was later asked to give a second list of students but alleges the best student evaluation was left out of the file.

But for Fink, the most egregious aspect of his review was the choice of Bryant to conduct a review of his teaching.

“The selection of Bryant —a person that I deemed biased at the outset of the Excellence Review process—to conduct my classroom evaluation is the most telling sign that Johnson will use any means she can in an attempt to rig my Excellence Review,” he wrote. Fink pushed back on both these claims in his own response.

“Characterizing my tone as combative is a needless attempt to cast me in a negative light; in reality, I am passionately interested in this material –and that passion is evident in my voice,” he wrote. “Bryant’s criticism of my ‘provocative’ tone is unfounded: the purpose of my role as an educator is to provoke students to think critically.”

In responding to Bryant’s evaluation, Fink also points to a review completed by communication studies faculty member Thomas Miller. Sitting in on the same class as Bryant, Miller gave Fink a positive review noting his passionate style of teaching and ability to keep students interested in the material.

“Fink conducts class sessions in a way that compels students to learn and broaden their intellectual horizons as opposed to blindly memorize facts and arguments,” Miller wrote.

The Fix reached out to Johnson, Fink’s department chair, for comment on the lecturer’s review process and received a response from university spokesman Brian Haas, who said Fink is protected by a collective bargaining agreement between UCLA and the American Federation of Teachers, a union to which he said Fink belongs as a part-time lecturer.

Haas said Fink “has been afforded the full due process considerations mandated by the collective bargaining agreement and that every lecturer undergoing this review receives.”

MORE: An inside look at the ‘Free Speech’ class UCLA blocked students from taking