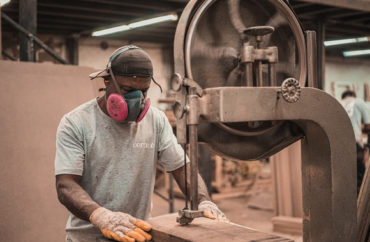 One of the nation’s largest public school systems wants its students to know that an expensive four-year college degree is not the only post-graduation option.

Numerous construction companies and unions were at the job fair, according to a handout published by the fair.

Students were encouraged to ask questions and learn about different jobs.

“I want to encourage you to listen closely to the experts here about how to pursue a career in these trades,” CPS CEO Pedro Martinez stated in a message to students.

He stated that “choosing the right career for you will be essential to your success in the years to come.”

Many colleges are worth less than a high school diploma

Trade schools are not a silver bullet, but recent research shows that many students end up worse off if they go to college than if they had stopped at a high school diploma or pursued a trade career.

A recent study out of Georgetown University concluded that at least 30 percent of colleges are not worth the cost.

The researchers looked at 4,500 higher education institutions and found that at one-third of them, over 50 percent of alumni would earn less than high school graduates.

And while Illinois is a dumpster fire and an awful place to settle down and raise a family or start a business, nearby Indiana offers plenty of opportunities for skilled workers.

“Construction saw the biggest growth in employment as Indiana continued to experience the lowest unemployment rate in the Midwest,” WFYI reported last week.

The state’s Department of Workforce Development projects a four percent growth in construction and trade jobs by 2029, meaning there will be plenty of jobs for today’s high schoolers as the industry continues to grow.