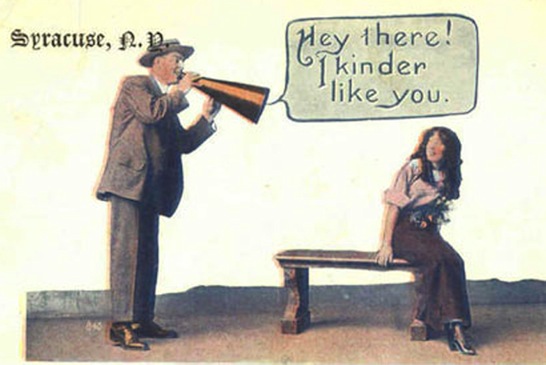 The Department of Education’s Office of Civil Rights (OCR) has responded to widespread criticism that its nationwide blueprint for sexual harassment reform has received. The blueprint – which was detailed by the OCR and the Department of Justice (DOJ) in a letter to the University of Montana last month – has been condemned by many who believe its redefinition of the term “sexual harassment” is overly broad and therefore threatens First Amendment rights. The OCR has ardently denied this claim, but its new assertions have caused nearly as much confusion as the original letter did criticism.

As was reported on The College Fix, the original letter came on the heels of Title IV and Title IX investigations by the Department of Education and the Department of Justice following a series of sexual assault and harassment allegations made over the course of a three-year period at the University of Montana. The investigations uncovered twenty-three sexual assault complaints and ten sexual harassment complaints in that time span. Upon the investigations’ conclusions, the government actively sought ways to protect students from sexual assault and harassment. It also aspired to create new protocol intended to effectively eliminate the sexually hostile environment that it determined existed on the campus.

The 30-page document that the OCR and the DOJ sent to the university described and detailed various remedial measures required by the government, but also defined “sexual harassment” in a way that has generated much controversy. According to the letter: “Sexual harassment is unwelcome conduct of a sexual nature and can include unwelcome sexual advances, requests for sexual favors, and other verbal, nonverbal, physical conduct of a sexual nature, such as sexual assault or acts of sexual violence.”

Foundation of Individual Rights in Education (F.I.R.E.) President, Greg Lukianoff was among those unsettled by the development. He had this to say about the matter back in May: “I am appalled by this attack on free speech on campus from our own government. In 2011, the Department of Education took a hatchet to due process protections for students accused of sexual misconduct. Now the Department of Education has enlisted the help of the Department of Justice to mandate campus speech codes so broad that virtually every student will regularly violate them.”

The sentiment has been echoed by others. One of the issues that various free speech advocates, professors, and students have had with the letter is its assertion that both a subjective and objective perspective are taken into account to determine if certain conduct is considered sexual harassment. The letter states: “Whether conduct is objectively offensive is a factor used to determine if a hostile environment has been created, but it is not the standard to determine whether conduct was “unwelcome conduct of a sexual nature” and therefore constitutes “sexual harassment.”

The OCR recently responded to the uproar from organizations like F.I.R.E., in at attempt to clarify its policy and quash the turmoil. According to an excerpt from the OCR’s new statement:

While the latest statement doesn’t contradict the OCR’s original letter to the University of Montana, it has prompted more confusion and thus create a new problem. Previously, the government was vilified for broadening the definition of “sexual harassment” to a purportedly dangerous degree. Now, the government has failed to satisfy critics who fear that the new sexual harassment guidelines are so broad that the enforcement of the rules will turn out to be almost entirely arbitrary from one campus to the next.

Unfortunately, this muddled rhetoric will likely overshadow the government’s worthy goal of preventing sexual assault and sexual harassment and eliminating sexually hostile environments on college campuses across the country.