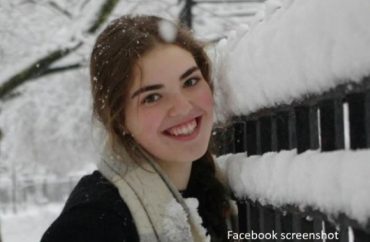 The president of the Cornell University College Republicans said she was shoved to the ground and called a “racist bitch” the night after the election, and campus officials are currently investigating the incident.

“I was actually assaulted on campus for being a Republican,” Olivia Corn told The Tab. “I had someone throw me to the ground and say: ‘Fuck you, racist bitch, you support a racist party.”

Corn gave the same account to The Ithaca Voice.

“Out of nowhere I was on my phone and looking at my email and out of nowhere I felt two hands grab my shoulders and just sort of threw me to the ground, and they were yelling ‘Fuck you racist bitch, you support a racist party,'” Corn said.

She has reported the incident to Cornell police and the university’s Title IX office.

“I now walk with an alarm at all times. That’s pretty much my new normal. I don’t walk by myself after a certain time, once it gets dark. And that’s not something I should have to be concerned with,” Corn told The Tab. “I’m a college student, I’m just trying to get good grades, get to law school, keep my head down – besides being the head of an organization.

“It weighs in the back of my mind when I walk places now.”

She said it happened late at night and she never saw her attacker’s face, but that “I think the person knew who I was,” citing her position as president of the College Republicans, The Tab reports.

This incident also does not mark the first time she has been harassed for her Republican identity.

“People yell in my face all the time. I get random messages telling me what I should and should not be doing on Facebook, in my email,” Corn told the Voice. “I’ve had a history of people not liking me so much.”

She added that after she was quoted in a Cornell Daily Sun article in May saying she would vote for Donald Trump over Hillary Clinton, she received death threats.

Editor’s Note: This article has been amended.