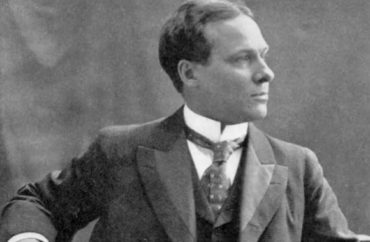 The students allege that in 1899, when serving on a panel called by President William McKinley, Schurman advocated for an “imperial war of occupation” in the Philippine Islands and made other racist comments about Filipinos.

Typically such resolutions are non-binding, with administration having the ultimate say. A spokesperson for Cornell University did not immediately respond to a request by The College Fix to comment.

After the resolution was approved, Mullen and Ortanez wrote a column for The Cornell Daily Sun laying out the case for canceling Schurman.

But an anonymous op-ed in The Cornell Review argues the pair have Schurman completely wrong, noting the former Cornell president actually counseled in favor of Philippine independence.

“I am opposed to your Philippine policy: I never wanted the Philippine islands,” Schurman told McKinley when asked to chair the commission.

In fact, the column notes, Schurman argued in favor of “expanded educational opportunities and more home rule for the Philippines,” in line with his observation that the Philippines should “govern themselves.”

Schurman’s involvement in McKinley’s board occurred after a war had already begun between U.S. forces and Filipino rebels. The students blame Schurman for the death of 200,000 Filipino soldiers, while the anonymous column notes 4,200 American soldiers also died in the conflict.

The rebellion ended in 1902, and the Philippines were eventually granted their independence in 1946.

Schurman would go on to serve as a U.S. diplomat to both China and Germany, once having a bust of his in a German university removed by the Nazis and replaced with a bust of Adolf Hitler.

Through his 28 years as president of the school, he navigated Cornell through both the Spanish-American War and World War I.

Nonetheless, the students are keeping up their attempts to have him erased from campus.

Among the demands the Student Assembly made in its resolution are:

-“Establish corrective measures by dedicating a memorial in Schurman Hall to the countless Filipino lives lost under American rule and imperialist conquest,”

-“Establish a class to teach students the history of American imperialism and Cornell’s complicity in it,” and:

“To stop and prevent further perpetuation of Schurman’s crimes to the people of the Philippines, Cornell must first publicly acknowledge and apologize for Schurman’s words and actions, taken while still holding his office as President,” write Mullen and Ortanez.

“Cornell must commit to a program of study in anti-imperialism, examining how our financial and social structure both in the past and today impacts the colonized peoples of the world, especially in the Philippines.”

Cornell has removed a name that offended at the Ivy League institution in the recent past.

In Dec. 2020, the university removed the name of Goldwin Smith from prestigious professorships in the College of Arts and Sciences.