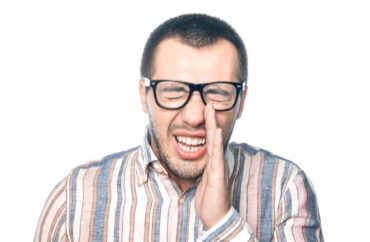 Racial tensions at Cornell University have escalated this week after a fraternity brother at the Ivy League university yelled “build a wall” in the wee hours of Wednesday morning outside the campus Latino center.

In the wake of the event, a Latino campus group issued a list of demands calling out the university’s Greek organizations and campus administration. A black student group has also chimed in, calling on the university to take action.

The controversial incident occurred around 12:30 a.m. Wednesday, according to Latino campus group La Asociación Latina. In a Facebook post, the group said a resident of the Latino Living Center heard chants of “build a wall, build a wall” and “Let’s build a wall around the LLC” coming from the nearby fraternity house of Zeta Psi.

The university addressed the issue Thursday morning in an email sent to students. In the message, Vice President for Student & Campus Life Ryan Lombardi said an individual had accepted responsibility for the chants and apologized. He did not say whether the individual was punished.

“I strongly condemn behavior that is antithetical to our proud history of inclusion, and it is incumbent upon all of us to uphold Cornell’s founding principles,” Lombardi said.

He emphasized the university supports its Hispanic community members and urged the campus to heed “dialogue, respect, and civil engagement.”

The university, which provided a copy of Lombardi’s email to The College Fix, said it would serve as the school’s statement on the issue.

On Wednesday, La Asociación Latina, an umbrella organization for campus Latino groups, released a statement that scolded the university for not adequately representing minority groups on campus.

The group asserted the timing of the chants was “not coincidental” and came at a time when Latino students were “feeling vulnerable,” because of President Donald Trump’s recent decision to end the Deferred Action for Childhood Arrivals immigration program.

“Cornell as an institution cannot truly say, as it has tried in recent days, that it supports students of marginalized communities and backgrounds when this sort of behavior runs rampant,” the group said.

A list of demands included in the statement singled out Zeta Psi, the Cornell administration and campus Greek organizations. The group requested that Zeta PSi issue a formal apology, discipline the individuals involved in the chants, be sanctioned and institute diversity training for its members.

The Cornell Daily Sun reports that the national arm of Zeta Psi issued an apology to the Latino Living Center and that the student who took responsibility for the chanting apologized to the center’s leaders.

Cornell’s Zeta Psi chapter and La Asociación Latina did not respond to requests for comment from The College Fix.

Demands also called on Cornell Greek organization to “recognize that this is not an individual fraternity problem” and for the university administration to acknowledge the incident is part of a cycle of such actions on campus.

La Asociación Latina requested that Zeta Psi, the administration and Greek leaders address the demands in the next two weeks.

On Thursday, the Black Students United at Cornell University published a statement of solidarity for Cornell’s Latino community.

“It is truly a disgrace to attend an institution that prides itself off of the motto “any person, any study,” but whose students are still susceptible to being attacked on campus because of their identities even 150+ years after it’s [sic] founding,” the group said.

The group said Wednesday’s incident shows Cornell has “some work to do.”