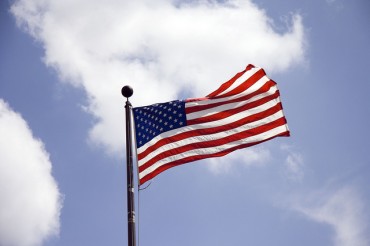 “Would you feel safe putting a sign in front of your home saying, ‘This home is a gun-free zone?’ Law-abiding citizens might be pleased by such a sign, but to criminals it would be an invitation.”

More recently, Lott pointed out that “with just one single exception, the attack on Congresswoman Gabrielle Giffords in Tucson in 2011, every public shooting since at least 1950 in the U.S. in which more than three people have been killed has taken place where citizens are not allowed to carry guns.”

As far as public policy is concerned, Lott and Landes recommend that to reduce the occurrence and severity of mass shootings, the general public must have increased availability and easier access to firearms. Their study also concludes that concealed handgun laws reduce the number of multiple victim public shootings.

“Attackers are deterred and the number of people injured or killed per attack is also reduced (in part because) the presence of citizens with concealed handguns may be able to stop attacks before the police are able to arrive,” their study finds.

Therefore a reduction in the strictness of gun control, including an elimination of gun-free zones and a rejection of weapons bans, may be the better way forward. Nevertheless, with statistics set aside as emotions run deep, many of America’s elected leaders see things differently

At a prayer vigil for the victims of the tragic shooting at Sandy Hook Elementary School in Newtown, Conn., President Obama offered both his condolences and a promise to take action: “We can’t tolerate this anymore. These tragedies must end. And to end them, we must change…We will be told that the causes of such violence are complex, and that is true. No single law, no set of laws can eliminate evil from the world or prevent every senseless act of violence in our society, but that can’t be an excuse for inaction. Surely we can do better than this.”

On the same day, Sen. Dianne Feinstein (D-CA) pledged to “introduce in the Senate, and the same bill will be introduced in the House—a bill to ban assault weapons.”

The proposal “will ban the sale, the transfer, the importation and the possession, not retroactively, but prospectively,” Feinstein said on NBC’s “Meet the Press.” “The purpose of this bill is to get…weapons of war off the streets.”

The bill would most likely resemble the one Bill Clinton signed into law in 1994—a ban that expired a decade later.

Myriad problems arose surrounding the interpretation and enforcement of the 1994 Assault Weapons Ban, many of which would surely re-emerge under a new ban. For starters, no legal or practical definition for what constitutes an “assault weapon” actually exists.

Writing for The Washington Post, Brad Plumer elaborates on weapons classifications: “There are fully automatic weapons, which fire continuously when the trigger is held down. Those have been strictly regulated since 1934. Then there are semiautomatic weapons that reload automatically but fire only once each time the trigger is depressed. Semiautomatic pistols and rifles come in all shapes and sizes and are extremely common in the United States.”

Under the 1994 law, some semiautomatic weapons were outlawed and others were not, often due to dubious and arbitrary differences. This created confusion—and also loopholes—for manufacturers, consumers, police, and judges. For example, the rifle used in the Aurora, Colo., theater shooting earlier this year (the Colt AR-15) would have been illegal; very similar rifles (including the Colt Match Target rifle) would not have been.

Nevertheless, the years 1994-2003 saw a significant reduction in gun violence in the United States. In a University of Pennsylvania study of the effects of the 1994 law, however, researcher Christopher Koper concluded that “we cannot clearly credit the ban with any of the nation’s recent drop in gun violence. And, indeed, there has been no discernible reduction in the lethality and injuriousness of gun violence.”

In addition to bans on the weapons themselves, gun-free zones seek to reduce gun violence and mass shootings. But evidence suggests that gun-free zones, much like the related weapons bans, actually achieve—or, at the very least, are correlated with—a reduction in safety.

Lott and Landes found that mass shootings tend to occur in places such as schools and shopping malls precisely because shooters know they will encounter little resistance there.

Many fewer people may have been killed in Newtown and Aurora if law-abiding citizens would have been able to defend themselves with firearms. Stricter gun control does not appear to be an efficacious way of preventing such horrific events from occurring again in the future.

Fix contributor Joseph Diedrich is a student at the University of Wisconsin – Madison.