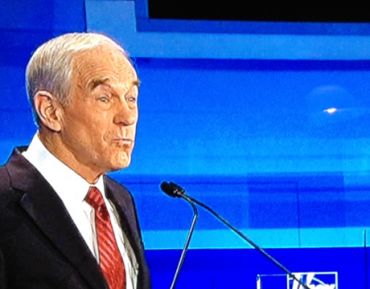 It was the last debate before Christmas and the Iowa Caucuses (lest you worry, there are many, many more scheduled for 2012). But as such, it was a night for the final broad punches to be thrown by Michele Bachmann, Ron Paul, Rick Santorum, Rick Perry, and Jon Huntsman as they attempt to break into the Newt-Mitt dynamic. How did they do? A few of our contributors weigh in:

Newt Gingrich did himself no favors tonight. Absent was his trademark debate wit. One wonders if his coronation as frontrunner, Romney-slayer, and death, destroyer of worlds has gone to his head. He was off his game, and if he intends to lock in his gains in the polls, he’s going to have to do better than that.

One of his sparring partners, Rep. Michele Bachmann, executed a very effective debate strategy: Attack the frontrunner early and hard, and attack Ron Paul on foreign policy. Both will get headlines, and both will be remembered by conservative voters. Though, I should caution that if a serious candidate for President has to say the words “I am a serious candidate for President,” something is wrong.

Romney did well. His victory tonight was twofold. First, he ably defended his private sector record in terms that voters can connect with. Talk about Staples and a steel mill in Indiana is more real than talking about a private equity firm. Second, he didn’t lay a finger on Newt. He didn’t have to, because the also-rans did it for him, and he comes out better for it.

I have to give the win tonight to Rick Perry, who was, at the very least, most improved. He still hasn’t been able to get that West Texas charm  to work for him in a debate, but he made some shrewd decisions. Not least of these was mentioning Tim Tebow, a surefire way to get talked about tomorrow.

In a debate without any clear winners, there were definitely losers–and the biggest loser was Ron Paul. After surging in Iowa over the past week, this debate is sure to hit the Paul campaign hard. At times he looked like the crazy uncle you invite over for Christmas dinner who no one really takes seriously, but who you allow to scream and yell about conspiracy theories because it is entertaining. It seems like anytime Ron Paul disagrees with a study or government action, his major point of contention is rooted in a conspiracy theory. Last week it was the Bush Administration acting “gleeful” after 9/11 so that they could invade Iraq, tonight it was how the International Atomic Energy Agency’s findings on Iran were made up out of thin air.  The constant conspiracy theories won’t play well in Iowa or the rest of the country for that matter.

On the other hand, Michele Bachmann capitalized on Ron Paul’s foreign policy lunacy saying, “I think I have never heard a more dangerous answer for American security than the one that we just heard from Ron Paul.” The Iowa crowd seemed to love it and one point booed Ron Paul, no small feet in rooms packed with Paulbots. This could help Bachmann regain support that she lost after the Iowa Straw Poll.  I think Bachmann performed the best tonight, but I doubt she will see any significant spike in the polls.  This race is down to Newt Gingrich and Mitt Romney.

Tonight’s debate was underwhelming except for the fact that it served to confirm two things. First, the election is going to be between Mitt Romney and Newt Gingrich (who has a slight edge). Second, between the two, if Republicans want their nominee to be a debater, the obvious choice is Gingrich. If, on the other hand, Republicans want their nominee to be a leader, the only choice is Romney.

Gingrich had the not-so-subtle self-comparisons to Ronald Reagan. Right from the get-go, he dismissed allegations of his own electability by saying Reagan, too, would have failed the electability test. Gingrich had the applause lines. He rightly called out President Obama for pandering to the environmental left in delaying the Keystone pipeline. Gingrich had the grandiose ideas. Even though everyone knows it wouldn’t happen and is probably a bad idea, Gingrich basically got a standing ovation for his call to rein in the courts.

But his opponents were prepared. Romney rarely attempted a punch, but he didn’t need to with the Paul, Bachmann, and Santorum Trio leveling blistering attacks on his record. Ron Paul destroyed Gingrich’s weak attempt at a defense of his position on GSEs, while Bachmann pointed out the idiocy of saying Freddie Mac would hire him for any other reason besides “influence-peddling” and the fact that he agreed to campaign for Republicans who supported partial-birth abortion.

Romney stood above the fray, defending his record where need be—his defense of private equity was excellent—yet not really engaging with any of the attacks made by the other candidates. Even though the private equity question asked him to respond to Gingrich’s demand to return his Bain Capital money, Romney framed it as an issue that Obama would use to attack him, without even mentioning Gingrich.

If you want an attack dog, Gingrich was the big winner tonight. If you want a leader, Romney’s your man. We already knew that, but this debate solidified the choice.