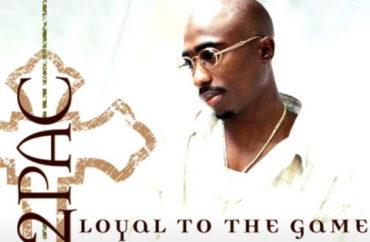 University of Tennessee-Knoxville administrators are staying silent on the status of a lecturer who took two weeks away from the school in February after writing a phrase used by rapper Tupac Shakur on a whiteboard.

In early February, Melissa Hargrove, a lecturer on race and anthropology in the Africana Studies department, wrote the acronym for “Never Ignorant Getting Goals Accomplished,” a quote used by the hip-hop artist, on a whiteboard during class.

Tupac also used the acronym as a song title.

The school did not respond to multiple requests by The College Fix this week to provide an update to Hargrove’s status as a lecturer at the university, and Hargrove also did not immediately respond to a request for comment. 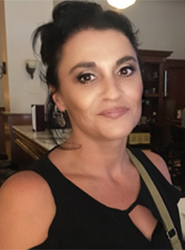 But student government President Karmen Jones told the UT Daily Beacon that Hargrove (pictured) is back in the classroom and students continue to protest to have her fired.

The controversy began when students in Hargrove’s African Diaspora class complained after seeing the acronym written out. Soon the UT-Knoxville Student Government Association and other groups called for Hargrove to be fired.

“Professor Hargrove is infamous among students for traumatizing Black students by eschewing appropriate teaching methods and instead dragging students through generational trauma that exists to this day,” the association wrote in an open letter dated Feb. 5.

The students say Hargrove “created a hostile and racist learning environment for years, making her horrendous actions disappointing — but not surprising.” The group asked the university to terminate Hargrove for her “pattern of inexcusable behavior.”

The letter cites one other example: Hargrove once allegedly asked students to recreate the experience of “enslaved Africans who endured the Middle Passage.”

The letter was co-signed by 11 groups, including the Africana Studies Student Association, the NAACP chapter of UT-Knoxville, the Progressive Student Alliance, the Black Student Union, the Women’s Coordinating Council, and the Muslim Student Association.

Two days later, the university sent Hargrove a letter following up on a discussion administrators had with the lecturer in which she agreed to take time off to evaluate her teaching content and methods.

“We appreciate that you voluntarily opted to take two weeks away from ANTH 315 to work with … (TLI) on ensuring that you present difficult material (such as racially charged language) in a manner that is pedagogically effective, which includes a thorough understanding of how your instructional methods are being received by students,” a February 7 letter sent to Hargrove by Africana Studies program chair Shayla Nunnally said.

The letter indicates Hargrove will be made to learn “inclusive teaching practices” because of the disruptions caused by her method of “presenting racially charged language in pop culture, and the music of Tupac in particular.”

Hargrove received her Bachelor’s, Master’s and Ph.D. in Anthropology from UT-Knoxville. She previously spent seven years as an assistant professor at the University of North Florida in Jacksonville.

Among her research topics, Hargrove lists “Contemporary White Supremacy” and “Heritage and Identity Politics in the 21st Century.” Her website lists “underground hip-hop studies” as an area of expertise.