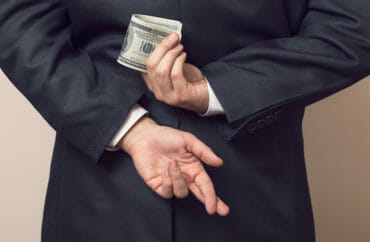 Rein in the costs of college, don’t stick taxpayers with the bill, some argue

Democrats are urging President-Elect Joe Biden to cancel federal student debt by executive order, a proposal that ignores the escalating cost of higher education and disproportionately benefits the wealthy, experts said in recent interviews with The College Fix.

Sens. Chuck Schumer (D-N.Y.) and Elizabeth Warren (D-Mass.) have called on Biden to forgive up to $50,000 for every student loan borrower. This policy would cost an estimated $1 trillion.

President-Elect Biden has called for Congress to pass legislation that will forgive up to $10,000 for every student loan borrower, but some Democrats would prefer he use an executive order.

In an op-ed in the Washington Post, Sen. Warren argued that “there are lots of big changes that a Biden-Harris administration can achieve through executive orders and agency action on day one.”

The cancellation of student loan debt is one of these changes.

“Cancel billions of dollars in student loan debt and give tens of millions of Americans an immediate financial boost and helping to close the racial wealth gap. This is the single most effective executive action available to provide massive consumer-driven stimulus,” Warren argues.

“We have come to the conclusion that President Biden can undo this debt, can forgive $50,000 of debt the first day he becomes president. You don’t need Congress. All you need is the flick of a pen,” he said.

The pressure on Biden to cancel student debt is not limited to Senate Democrats. A letter signed by 235 community, civil rights, climate, health, consumer, labor, and student advocacy organizations is calling on the president-elect to cancel federal student debt on Day One using an executive order.

The letter, organized by the Americans for Financial Reform, calls for the president-elect to “boost the economy, tackle racial disparities, and provide much-needed stimulus to help all Americans weather the pandemic and the associated recession by using executive authority to cancel federal student debt on Day One of your administration.”

Despite growing support among Democrats, experts are skeptical of student loan forgiveness policies.

Director of Education Policy at the Goldwater Institute, Matt Beienburg, told The College Fix that policies to cancel student debt disproportionately assist the wealthy and hurt the less advantaged.

“We should be reining in the costs of college, not just sticking someone else with the bill after the fact. These plans aren’t about debt ‘forgiveness,’ they’re about transferring that debt to others, (who, ironically, are disproportionately less advantaged), and giving a pass to the universities to continue ballooning the costs of college,” Beienburg said via email.

Even Jason Furman, a former chief economist to President Barack Obama, argues that any debt forgiveness plan is taxable and will not stimulate the economy.

Forgiveness is taxable. If this negative cash flow effect outweighs interest savings would even be net negative. And wealth effect small in short run.

Arbitrary/regressive $1T for ~$0 GDP, not a great idea.

President of The John K. MacIver Institute for Public Policy in Wisconsin, Brett Healy, told The College Fix that student loan forgiveness proposals do not solve or even address the real problem — “the escalating cost of a higher education.”

“Instead of a feel-good proposal like debt forgiveness, we need concrete solutions that lower the cost of college like former Wisconsin Gov. Scott Walker’s proposal that made it easier for Wisconsinites to graduate in three years,” Healy said.

MORE: Expecting forgiveness, most students not reducing loan balances ‘at all’

About the Author
Tripp Grebe
Tripp Grebe -- University of Wisconsin-Madison