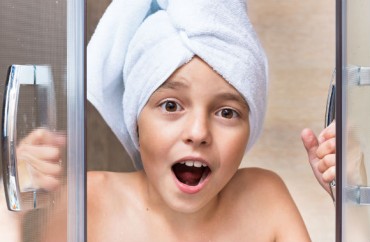 The U.S. Department of Education has ordered suburban Chicago’s Township High School District 211 to permit a transgender woman (born male) “full use” of the girls’ locker room … or lose out on federal funding.

The ACLU brought the complaint on behalf of the student in 2013.

The district’s policy was to allow the student use of the locker room, as long as she showered and dressed in a private area. The feds said this is a no-no “because it subjected the student to stigma and different treatment.”

The case is seen as clarifying federal rules on locker-room access at a time of expanding awareness of transgender issues.

In mid-October the school district, with five high schools and two alternative high schools west of Chicago, defied the government, continuing to deny full locker-room access for the transgendered student.

Assistant U.S. Secretary for Civil Rights Catherine Lhamon said the high school was disobeying the law. “All students deserve the opportunity to participate equally in school programs and activities – this is a basic civil right,” she said in a statement.

“This decision makes me extremely happy – because of what it means for me, personally, and for countless others,” the student said in a statement released by the ACLU. “The district’s policy stigmatized me, often making me feel like I was not a ‘normal person.'”

The school district said the issue was critical for schools nationwide. Superintendent Daniel Cates said in a statement that “what we offer is reasonable and honors every student’s dignity.”