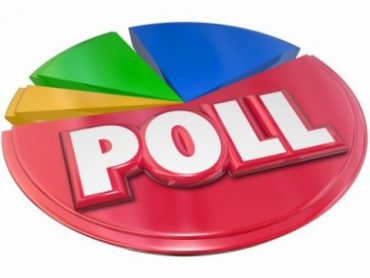 Although the US Supreme Court recently upheld the legality of using race as a factor when considering college admissions in Fisher v. University of Texas, a substantial majority of Americans disagree with the high court majority.

Perhaps the most interesting aspect of a new Gallup Poll on the topic is that a majority of black Americans believe that merit, not race, should be used for admission to a university.

Americans as a whole “believe colleges should admit applicants based solely on merit” 70% to 26%. The percentage for African-Americans narrows to 50%-44%.

Gallup notes that these percentages have remained fairly steady since 2003.

Even when the question is slightly altered to ask whether one agrees strictly with the decision in Fisher, the results are pretty consistent at 65% disagree, 31% agree.

Americans were asked in the latter poll to react to a list of nine factors that colleges and universities could consider when making admissions decisions. Using a question format that differed from the way the first two questions were asked, the results still showed that Americans tend to reject taking race into account in such decisions, with 63% saying race or ethnicity should not be a factor at all in admissions and 9% saying that they should be a “major factor.”

Americans’ low support for taking race/ethnicity into account stands in sharp contrast to their widespread agreement that high school grades should be a major factor in admissions. A majority of Americans also say that scores on standardized tests and the types of courses a student takes in high school should weigh heavily.

The Fisher v. University of Texas Supreme Court decision does not require colleges to take race and ethnicity into account, but makes it constitutionally legal to do so if it promotes diversity in certain situations. Many colleges and universities who are selective in their admissions process already use racial and ethnic background as a factor in making admissions decisions, and college presidents have come out in support of the Supreme Court decision, which allows them to continue that practice. However, the process seems to run counter to Americans’ belief that race should not be a factor in making college admissions decisions.

University personnel, however, continue to maintain a significant degree of dubiety on the topic.

“I think higher education has a role in educating the public about these issues,” says Michele S. Moses of the University of Colorado-Boulder. “Part of the mission of institutions of higher education is broader than just educating and giving degrees to students.

“Institutions have an obligation to educate a diverse group to be a nation’s professionals and office holders and leaders. That makes a big difference to our society.”

Note, too, what president of the University of Texas-Austin Greg Fenves said in a campus-wide email (following the sniper attacks in Dallas):

.@gregfenves sends a UT-wide email to make statement on Dallas shooting and killings in Louisiana and Minnesota. pic.twitter.com/ah0eW16pr6

Fenves lauds his institution’s recent legal victory because it maintains a “strong commitment to fostering an inclusive educational environment” for all students. Yet, he also points out that UT is prepared to have “frank and honest” conversations about what else it can do moving forward.

I’d say in response “look at the Gallup results,” but it’s pretty evident by now that when an academic says he wants to have an “honest conversation” (especially about race), it actually means “keep your mouth shut and accept what I say.”