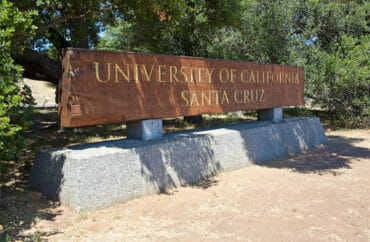 The group and university are ‘working collaboratively’ to settle dispute

Though the group openly threatened to “reclaim” the campus unless its administration acceded to its demands, the African/Black Student Alliance at the University of California, Santa Cruz never struck the university with additional campus takeovers even though administrators have apparently failed to meet the group’s ultimatum.

The fall semester took place evidently without administrators capitulating to the remaining demands, and without the activist students taking over more buildings in protest.

As The College Fix previously reported, last spring the African/Black Student Alliance at UC Santa Cruz presented the school with numerous demands and threatened that they would engage in “more reclamations” if the university did not meet every one of the demands. University administrators had already agreed to meet four of the group’s seven requests after the students occupied Santa Cruz’s Kerr Hall, among them the painting of an African-American-themed house in “pan-Afrikan” colors and forcing incoming students to attend diversity training.

Reached for comment, university spokesman Scott Hernandez-Jason refused to say whether the school had met the group’s demands.

“BSU leaders and the campus continue to work collaboratively so we can further student success at UC Santa Cruz,” he told The Fix via email.

When asked if the school had followed through on its promise to paint the African-American-themed house, Hernandez-Jason replied: “Yes. We fulfilled our commitments.”

When asked if those “commitments” included the three additional demands from the group, Hernandez-Jason told The Fix: “We continue to work collaboratively.”

Even though these three additional demands appear to have not been met, the campus has seen no more reported “reclamations” — the name that the African/Black Student Alliance gave to their takeover of a campus building.

The Fix reached out several times to Chancellor George Blumenthal and the African American Resource and Cultural Center. Neither responded.

After the occupation of Kerr Hall, Chancellor Blumenthal agreed to give all black and Caribbean-identified students a 4-year housing guarantee to live in the Rosa Parks African American Themed House; bring back the building’s lounge; paint its exterior the “Pan-Afrikan colors” of red, green and black; and force all new incoming students to go through a mandatory diversity competency training.

At the time, Blumenthal condemned the takeover of university buildings.

“We support students exercising their First Amendment rights,” he said in a statement, “but we do not endorse taking over buildings, which displaces university employees doing important work in support of the very students who entered the building.”

UPDATE: This post has been updated with an additional comment from UC Santa Cruz spokesman Scott Hernandez-Jason.