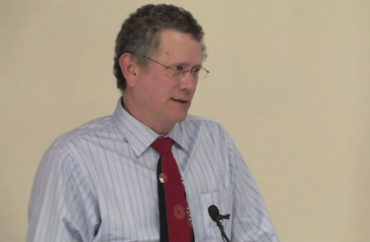 A group that represents Title IX professionals is drawing criticism for citing disputed research on the nature of campus sexual assault.

In a recent “position statement,” the Association of Title IX Administrators issued guidance to members on “the consideration of pattern evidence in sexual misconduct investigations and resolutions.”

While ATIXA said it was responding to “contradictory research” as well as court rulings, the work of one researcher it cited, the retired clinical psychologist David Lisak, has come under repeated scrutiny in recent years.

Lisak’s claim that “a select few individuals account for the majority of campus sexual assaults,” as ATIXA summarized it, has heavily influenced how campus officials respond to reported sexual misconduct and how the subject is covered in the media, including the documentary The Hunting Ground.

But the psychologist, formerly of the University of Massachusetts-Boston, has drawn a range of detractors, including an administrator at Davidson College who published a takedown of Lisak’s research in 2015.

This has been interpreted on some campuses to mean “encouraging a pattern of false reporting by multiple complainants who are convinced by Title IX administrators that a predatory pattern may exist,” Sydor wrote in an email.

The president of ATIXA, Brett Sokolow, told The Fix that the statement cites both Lisak and contrary research “to show how vastly different they are,” not to favor one over another.

MORE: Sexual-assault researchers disavow how activists use their work

What if serial rape is rare on campus? This ‘bucks the commonly accepted orthodoxy’

ATIXA’s statement is given in the context of helping administrators with Title IX responsibilities to recognize “the framework for your investigation at the outset”: an incident, a pattern or “climate/culture.”

Pattern evidence and its frequent companion – a “hostile environment” – is mentioned in 2001 guidance from the Department of Education’s Office for Civil Rights, the statement reads.

OCR itself has told ATIXA that a pattern should not only inform the sanctions on a student found responsible, but also “the underlying finding” of responsibility itself, ATIXA says:

Pattern can be one of the reasons that a Title IX administrator decides the school or college should proceed despite the reluctance or nonparticipation of the reporting party [accuser].

The statement cites Lisak’s research on repeat offenders, which “provides some insight into the role of pattern evidence in assessing future risk.” It called him “well-known” for his career “studying interpersonal violence,” and said he’s been “broadly published and featured in numerous documentaries.”

In contrast to Lisak’s theory that “a select few” commit most campus sexual assault, and “many” of them multiple assaults, more recent research by Georgia State University psychologist Kevin Swartout suggests that sexual assaults are committed by “a larger percentage of young men who don’t neatly fit into a serial rapist profile”:

Swartout’s conclusion is difficult to digest because it bucks the commonly accepted orthodoxy established by Lisak. It posits there is not a small and easily-identified group of perpetrators on campus, and suggests instead that individuals have a multitude of motivations for their actions and may or may not engage in patterns of misconduct.

Even with this contrasting research, “the literature evidences some level of repeat perpetration risk,” ATIXA said, citing various studies that run from 25 percent to 63 percent repeat offending.

It also seems to lean toward Lisak’s theory by saying “consideration of pattern evidence can be required by (rather than violative of) the principles of due process and basic fairness.”

Lisak exposé, ‘last time I checked, had not been challenged by anyone’

It is “troubling and misleading” that ATIXA has cited “widely debunked studies” by Lisak and identified him as a credible, “well-known clinical psychologist” with a decorated publishing history, Title IX consultant Sydor told The Fix.

She said the psychologist’s research was discredited and dissected “more than 3 years ago” by Linda LeFauve, who serves as Davidson’s associate vice president for planning and institutional research.

LeFauve’s Reason article said Lisak misrepresented who conducted the research for his pioneering 2002 paper; “conceded” to her that the studies that formed the basis of his paper had nothing to do with campus sexual assault; and hung up on her when she asked him how he interviewed “men participating in an anonymous survey for research he was not conducting.”

Lisak’s widely quoted findings that 90 percent of campus rapes were by serial offenders – with an average six rapes each – were based on just 76 students who lived off-campus, and it’s not clear their offenses even happened on campus or with other students, LeFauve wrote.

MORE: If you doubt ‘The Hunting Ground’ you’re like a ‘climate change denier’

LeFauve’s co-author for a 2018 article casting even more doubt on Lisak, Stuart Taylor, told The Fix he was “mystified” ATIXA would “give credence” to Lisak without mentioning LeFauve’s investigation into his research methods.

The Davidson administrator “in my opinion utterly discredited his ‘serial predator’ claims,” Taylor, a former nonresident fellow of the Brookings Institution, wrote in an email. “Linda’s work, last time I checked, had not been challenged by anyone.”

LeFauve expressed her frustration to The Fix that her investigation into Lisak’s claims with Robby Soave of Reason didn’t get any “traction,” though it was covered by NPR, Bloomberg and USA Today.

Lisak has not been “broadly published” because “[h]is research output is not large,” she wrote in an email.

“Instead, he publishes commentary ostensibly based on a couple papers but where there is little relationship between the papers and his public claims about sexual assault on college campuses,” LeFauve wrote.

She suspects the reason why is that Lisak is on a never-ending “road show bringing his version directly to campuses,” where he offers “an easy fix (find that psychopathic predator and remove him) to an issue that is far more complex (combining young men and women, drinking, campus culture around sex, peer pressure…).”

Because ATIXA puts emphasis on patterns and “the establishment of policy related to an assumption of repeated offenses by the accused,” it becomes “even more important” to have an “accurate understanding of Lisak’s research even more important,” LeFauve told The Fix.

Mary Koss, another influential researcher on campus sexual assault at the University of Arizona, has also criticized Lisak’s methods and said he intentionally misapplied the data in his research to campus incidents. She told Reason in 2015 that campus sexual assault policies based on his theory are “one of the most egregious examples” of policies “with an inadequate scientific basis.”

Koss did not respond to multiple emails from The Fix asking what she thought about Lisak’s inclusion in ATIXA’s statement.

The Fix also sought comment from John Wesley Lowery, a professor of student affairs at Indiana University of Pennsylvania and affiliated consultant with Sokolow’s consulting group, but received an out-of-office email reply.

ATIXA Releases a New Position Statement on Consideration of Pattern Evidence
to provide guidance on the consideration of pattern evidence in sexual misconduct investigations and resolutions. #SAHElaw https://t.co/VfDiq8pX3o

Asked why his group would cite Lisak’s research when it’s so disputed and criticized by experts including Koss, Sokolow told The Fix that ATIXA simply wanted to highlight how different Lisak’s findings were from Swartout’s research in JAMA Pediatrics.

“We asked our members to evaluate the research for themselves, given the disparate findings,” Sokolow wrote in an email. “More importantly, we asserted that rather than relying on studies about patterns, administrators must evaluate the facts in any particular case to determine if there is evidence of a pattern.”

The former basketball team captain was expelled after Yale convinced his accuser to file a formal complaint. Montague’s alleged rape was part of a pattern, not an isolated incident against her, Yale told the accuser.

It did not tell her that Montague’s previous incident was drunkenly shoving a paper plate down a female student’s shirt, not nonconsensual sex.

A federal judge recently ordered Yale to turn over its Title IX training materials to Montague, following closely behind another judge who ordered the University of Mississippi to do the same in another due-process lawsuit.

“The courts have recently begun to take notice of the training materials used by higher education institutions and the impact this training has had upon the lack of due process in Title IX investigations and adjudications,” Sydor said.

.@robbysoave at @FaceCampusEqual: David Lisak’s claim of serial campus predators is faulty research, based on a survey of non-residential students at a commuter college originally intended to study domestic violence.

UPDATE: Linda LeFauve, the Davidson administrator whose Reason article on Lisak provided early ammunition for his critics, responded to requests by The Fix after this article was published. Her comments have been incorporated.