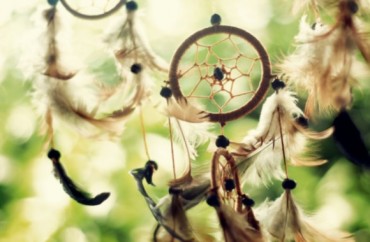 The club was intended to be a campus branch of the national DreamCatchers Foundation, an organization that helps create happy experiences, or “dreams,” for terminally ill hospice patients. The club was initially proposed to the Pitzer Senate by student Janu Patel on Nov. 1, when it was tabled for one week. On Nov. 8, the proposal was tabled indefinitely by a vote of 16 to 9.

“Last Sunday, during our weekly meeting, the legislature had the opportunity to review a student organization application for the DreamCatchers Foundation,” stated Senate Treasurer Chance Kawar in an email to the student senate. “Some student senators indicated that Native American community members ought to be consulted about the legitimacy of the organization’s name, prior to approving the application.”

Following the senate meeting, Kawar received a statement from Scott Scoggins, the Native American Pipeline Director and Outreach Liaison for Pitzer College. Scoggins said that the DreamCatcher Foundation “seems like a worthy organization in their goals and mission” but “their choice of logo and name is problematic and is, I believe, an example of cultural appropriation.”

Additionally, Scoggins pointed out the fact that “the DreamCatchers Foundation does not explicitly indicate that it serves any Native nation or group in the Los Angeles area.” He continued to argue that “a corporation with a logo containing explicit Native imagery that doesn’t serve Native communities or affiliated with a Native organization is cultural appropriation.”

Some senators said they felt these arguments were sufficient enough to provide evidence of cultural appropriation.

Other senators were concerned about how the senate would look if it approved the DreamCatchers Foundation.

“The name ‘DreamCatcher Foundation’ would appear next to Pitzer College on their website, as well as student senate’s,” said student Lora McManus, a member of the senate’s diversity committee, in an interview with the Claremont Independent. “Are we as a body ok with that? Is this how we want our school to be represented?”

Kawar also emailed Caitlin Crommett, the founder and CEO of the DreamCatchers Foundation. Crommett, whose family is part of the Penobscot tribe of Maine, replied that she is “a bit surprised by your [the senators’] concern regarding cultural appropriation.” Crommett stated that she has collected dreamcatchers for her entire life, and that her organization gives patients dreamcatchers as reminders of their experience.

“For these reasons alone,” Crommett continues, “I believe that our foundation’s name of DreamCatchers is highly relevant to our work, and not at all cultural appropriation because of the respectful way in which we conduct our work.”

“We have in fact granted Dreams for Native American patients and spoken with them at length about the name,” noted Crommett. “In these cases, they have been fully supportive and interested in our name, and have in no way expressed a distaste or disappointment in the use of an element of Native American culture to represent the positive, beneficial work we do.”

According to the foundation’s website, at least 20 high schools and colleges have DreamCatchers clubs.

Patel, who has been involved with the DreamCatchers Foundation since she was in high school, offered to partner with Native American groups on campus and help them with their events. Patel emphasized that the club would be doing good things, and that she wanted to further the organization’s mission at Pitzer.

Despite these efforts, student senators did not support the club proposal.

“I do think a club like that needs to exist,” stated Ochiagha. “But because it is a cultural appropriation issue, and additionally because I don’t think the national organization is doing that much really to support a Pitzer College charter, I think we should just create a Pitzer club with the same exact purpose, with our own name that’s PC-friendly.”

The Pitzer Senate told Patel that they might be able to approve the DreamCatchers Club if she were able to use a different name.

“I did try to talk to her [Crommett] about changing just the name for Pitzer,” Patel said in an interview with the Claremont Independent. “They said that since I want it to be a chapter of their organization, I have to keep the name.”

A version of this article first appeared in the Claremont Independent.