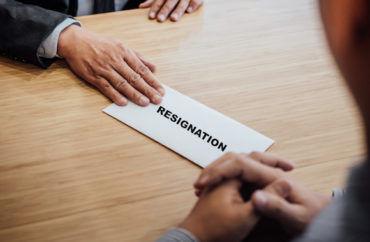 ‘ I encourage you to commit to using English’

A professor at Duke University has stepped down from an administrative role there after sending an email urging Chinese students to speak English while in public.

Professor Megan Neely “stepped down from her role” as “director of graduate studies for a master’s program in biostatistics” after sending the email, in which she noted that two professors had complained about international students talking in Chinese “VERY LOUDLY” in a study area, Inside Higher Ed reports.

In the email, addressed to students in the master’s program, Neely said those professors were “disappointed that these students were not taking the opportunity to improve their English and were being so impolite as to have a conversation that not everyone on the floor could understand.”

Neely then implored the students:

PLEASE PLEASE PLEASE keep these unintended consequences in mind when you choose to speak in Chinese in the building. I have no idea how hard it has been and still is for you to come to the U.S. and have to learn in a non-native language. As such, I have the upmost respect for what you are doing. That being said, I encourage you to commit to using English 100 percent of the time when you are in Hock or any other professional setting.

According to a Duke spokesman, Neely has “stepped down from her role as director of graduate studies; she remains an assistant professor of biostatistics and bioinformatics,” Higher Ed reports.

The school’s Asian Students Association at Duke slammed Neely’s remarks in a statement.

“Sending such emails to the entire department with discriminatory and threatening language is in no way an effective and appropriate approach to achieve a quiet public work space that is respectful for everyone. For graduate and international students who are already in precarious situations, depending on education or employment to stay in the country, these ‘recommendations’ are doubly forceful and coercive,” the group said.