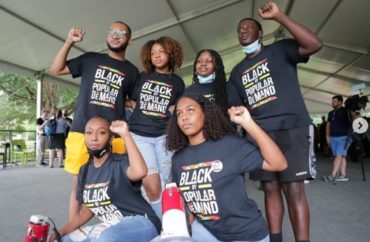 Duke University’s racial minorities are unhappy with the climate on campus, according to the latest survey results from the North Carolina college. The university employs numerous diversity employees.

The survey asked various questions pertaining to the participant’s experiences and satisfaction at the university. Each of the respondents’ answers were categorized by their race, gender, or role at the university.

“Less than 50% of Black students, faculty and staff said that they were ‘satisfied’ or ‘very satisfied’ with the racial and ethnic diversity of their unit, department and/or program leadership,” The Chronicle reported. The campus newspaper did not provide a link to the full report, but it included many, if not all, of the questions and responses.

When given the prompt, “I feel that the climate for underrepresented minorities is at least as good as that for members of majority groups,” Asian and white community members had the highest percentage rates to “agree” or “strongly agree.” Black survey respondents had the lowest percentage rate that agreed or strongly agreed with this statement.

The survey also allowed participants to record their thoughts on the representation of gender on campus and if they have experienced microaggressions, both for gender and race. More males than females were “satisfied” or “very satisfied” with Duke’s “commitment to promoting women.”

The survey results showed that more females than males reported microaggressions, and black participants were the highest among the four to report microaggressions in the survey.

The College Fix contacted several diversity administrators at Duke to ask for a response to the survey results and how the responses compared to the 2019 and 2020 answers.

The Fix asked in a January 4 email for a response to the results and if the Office of Institutional Equity saw the responses as an indication of failure on its part. The College Fix also asked for a full copy of the report, how the results compared to past years and how the various diversity administrators had helped racial minority students feel more welcome on campus. No response has been received.

The Office for Institutional Equity has at least 17 staff members. In addition to the executives contacted by The Fix, the department also employs five Equal Opportunity Compliance Managers and one Equity Compliance Investigator. It also has on staff an Assistant Vice President for Diversity, Equity and Inclusion and an Assistant Director for Diversity and Inclusion.

Those employees are only for the central equity office – it does not include the individual deans and administrators in each school.

For example, the business school has an associate dean for diversity, equity and inclusion. The medical school has 22 employees listed under “Diversity Leadership” including 13 Vice Chiefs for Diversity, Equity and Inclusion.

The Fix reached out to individual diversity administrators in the nursing school as well.

Professor Monica Russell, the diversity program director at the nursing school, did not respond to a December 16 and January 4 email.

The nursing school’s Associate Dean for Diversity and Inclusion Brigit Carter responded to the media inquiry on December 15, but said she had to “go through [the] communications office” and copied in a spokesperson.

Spokesperson Katie Young has not responded to the December 15 email or a December 20 follow-up from The Fix.

The Fix did not hear from Young and followed up with her on December 20 with the interview questions sent to Carter and Russell. The Fix also reached out to student groups representing racial minorities, but has not received responses.