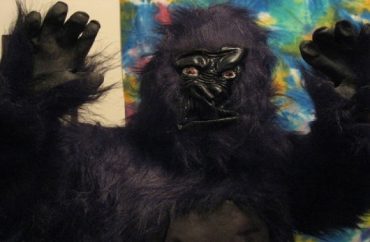 According to the university, (white) freshman Tristan Rettke also was placed on “interim suspension” because what his actions “go against the values” of the university “where people come first and all are treated with dignity and respect.”

Rettke admitted he was attempting to provoke the BLM group, according to the Daily Mail.

ETSU President Brian Noland praised the BLM activists for their restraint: “We are exceptionally proud of the students who were peacefully participating in the event and the manner in which they exercised restraint, thoughtfulness and strength in the face of inappropriate and offensive behavior.”

At one point in the video, [Rettke] sat on the ground to tie a noose around a few bananas before trying to hand them out to event attendees at the peaceful protest.

‘I was offended, but I was also saddened,’ Noland said about his personal response to Rettke’s behavior. ‘The nation is not only raw, but it’s healing.’

[Student protester Jaelyn] Grimes said that Rettke tried to hand him one of the bananas, before being taken away by public safety officers moments later.

‘Of course, it’s hard to stay calm because they’re doing it because they know they can get under you skin,’ Grimes said.

‘You’ve just got to have thicker skin and be the bigger person and just show that ignorance is not going to override your ability to be calm.

‘Because being calm is a lot more difficult than reacting the way they want us to react, which is in a violent stereotypical black way. But we’re not all like that.’

A review of what constitutes “civil rights intimidation” in Tennessee would appear to conclude the case against Rettke isn’t exactly solid. If anything, he seems to violate subsection “(c)” (a misdemeanor) which states “It is an offense for a person to wear a mask or disguise with the intent to violate subsection (b)” — “intent” being the operative term.

It does not look like Rettke “injured, threatened,” or “coerced” anybody, nor did he “damage, destroy” or “deface” any of the BLM protesters’ property, all of which are felonies under subsection “(b).”

While what Mr. Rettke did is without a doubt quite disgusting, he now faces charges while, to offer but two counter-examples, an activist menacingly approaching a student while shouting obscenities and slurs is deemed no big deal, nor is protesters charging into a library screaming racial epithets and intimidating students.