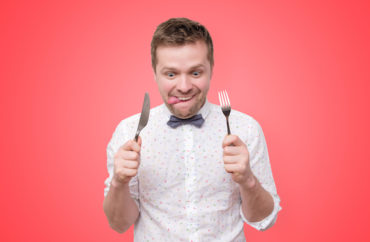 ‘I’d be open to at least tasting it’

A Swedish professor of economics claims that eating human flesh might be the key to saving humanity from climate change.

Magnus Soderlund, a professor at the Stockholm School of Economics, recently posed that theory at the Gastro Summit in Stockholm, The Epoch Times reports. Soderlund’s talk was titled “Can You Imagine Eating Human Flesh?”

Speculating on the possibility that cannibalism might be one of the solutions to fighting climate change, Soderlund “[referred] to the taboos against it as ‘conservative’ and discusse[d] people’s resistance to it as a problem that could be overcome, little by little, beginning with persuading people to just taste it.”

Soderlund argued that “since food sources will be scarce in the future, people must be introduced to eating things they have thus far considered disgusting—among them, human flesh.”

Easier sells he suggests include pets and insects, but human flesh was the central topic. In Swedish articles describing this new debate, the term “mannisko-kotts branschen” is introduced. This means “the human flesh industry.”

In his bio at the Stockholm School of Economics, Soderlund states that his research focus includes  “consumer behavior,” “marketing stimuli,” “loyalty, emotions, justice perceptions,” “psychological reactions,” and “in a society increasingly obsessed with consumption.”

People can be “tricked,” Soderlund teases, into “making the right decisions.”

“In his talk, Soderlund [asked] the audience how many would be open to the idea,” The Times reports, adding: “Not many hands [went] up.”

Soderlund himself claimed that he’d “be open to at least tasting it.”