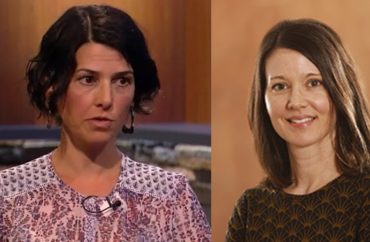 Two education professors will be presented with an award for their book called “Letting Go of Literary Whiteness: Anti-racist Literature Instruction for White Students.”

The American Association of Colleges for Teacher Education will present the award at its annual meeting March 4-6.

“In their frank discussion, the authors draw upon experiences from their own and others’ classrooms to give discipline-specific practices for implementing anti-racist literature instruction in White-dominant schools, a news release from Westfield State University stated.

The news release from WSU stated:

Some of the topics this book examines include designing literature-based units that emphasize racial literacy, selecting literature that highlights voices of color, analyzing Whiteness in canonical literature, examining texts through a critical race lens, managing challenges of race talk, and designing formative assessments for racial literacy and identity growth.

The College Fix reached out to Professors Borsheim-Black and Sarigianides for comment via email on February 22, but did not receive a response. The Fix asked if the professors knew how many schools used their book.  The Fix also asked if this book does teach critical race theory and if they agreed or disagreed that CRT is taught in K-12 schools.

Proponents of CRT, including Columbia Law Professor Kimberlé Crenshaw who popularized its use, have said that it is not taught in K-12 schools.

But Tony Kinnett, the executive director of Chalkboard Review and Choice Media, said that this book is an example of how CRT is incorporated into the schools.

He taught in Indianapolis Public Schools and in November released a video that explained how CRT is taught in the schools even though administrators and teachers will say it is not. IPS fired him after he said he would expose CRT in the schools by releasing public documents to the media.

As an admin for the largest school district in Indiana, here’s what we mean when we tell you that we aren’t “teaching” Critical Race Theory: pic.twitter.com/f6RLghcw2R

Kinnett told The Fix that it is common to see books like this being utilized in the classroom.

“In particular, [educational consultant] Elena Aguilar has a series of coaching books we were required to read at [Indianapolis Public Schools] that implored us to segregate our teachers and students, encouraging us to engage with them stereotypically,” Kinnett told The Fix via Twitter.

Kinnett also believes that this award winning book could be used as a way for teachers to learn and teach CRT in the classroom.

“Without question, CRT is nothing more than a lens with which you view everything as the product of white supremacy, so most race-essentialist material pulls from (if not directly cites) CRT authors & praxis,” Kinnett said.

“It’s almost funny that people are winning awards for developing curriculum that tells white students to treat people differently based on color,” the former teacher said. “What a sad commentary on what social activism has become in this country.”

Her award-winning book is not the only publication of hers that emphasizes race in the classroom.

In 2018, Borsheim-Black published an article about “Ambivalent white teacher racial identity and teaching about racism in literature study.”

She also had an article published in 2015 about “[c]hallenges and opportunities of an antiracist approach to literature instruction in a multilayered white context.”