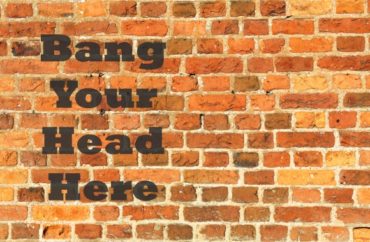 The new middle and high school teaching standards created by National Council of Teachers of English include being “trained in anti-racism.”

Unsurprisingly, and sadly, the standards were developed by K-12 teachers … with the assistance of college professors.

NCTE Executive Director Emily Kirkpatrick said the standards, which haven’t been revised in nine years, came about due to changes in the “demands on students” and “demands from society.”

I asked Kirkpatrick via email exactly what the “demands from society” were; she did not respond. It’s a good bet they came from the supposed “racial reckoning” in the wake of George Floyd’s killing last summer — which means they’re largely a construction of the racialist (academic) left.

If you search for a definition of “anti-racist,” the answer, such that it is, will be all over the place. This statement by the NCTE offers theirs:

Racism consists of two principal components: difference and power. It is a mindset that sees a “them” that is different from an “us.” Racism in America is the systematic mistreatment and disenfranchisement of people of color who currently and historically possess less power and privilege than white Americans. In modern times, there has arisen a “cultural racism” that allows for ethnic groups that cannot always be distinguished from the majority, in terms of physical features, but are nevertheless subject to the same kinds of biases as those who have been traditionally marked as a different race.

As a result, the statement continues, “racism […] and other forms of discrimination continue to be a part of American society, continuing to affect all students and their education.” The NCTE works to “counteract” this seemingly perpetual racism “and other forms of bigotry” in its “teaching materials, methods, and programs.”

A recent story says the NCTE standards “come at a time when English teachers have found themselves embroiled in the national controversy over how to teach about the nation’s history of racism” (emphasis added).

But … why would English teachers be teaching about history? What expertise do they have regarding slavery, Jim Crow, civil rights, etc.? It’s one thing for an English teacher to take part in, say, a cross-discipline unit with a history teacher; it’s quite another for the former to take it upon herself to engage in discussions based on what was learned from a university “educational studies” lecturer who believes that Ibram Kendi is the Second Coming.