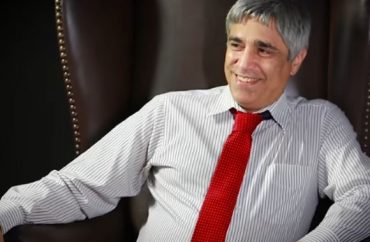 “They have done their worst to me, which has been bad enough. If you are going with a bow and arrow after the lion in his den, you had better kill him with the first shot, or not draw any blood at all. They drew blood, but they did not kill the lion.”

So says Providence College English Professor Anthony Esolen, a 25-year veteran of the profession who told The College Fix he has tenure and is not afraid to use it.

Classes resume later this month at the private Catholic university in Rhode Island that served as ground zero for one of the biggest battles in 2016 over academic freedom as well as the struggle between temporal political correctness and the heavenly calling of a Catholic school.

It’s a struggle that took center stage after Esolen called out his school for promoting a humanistic view of the world above a Godly one.

Nowadays, many Catholic colleges are considered “Catholic in name only.” They host drag shows. They support pro-LGBTQ campus groups. They embrace gender fluidity. And they tout notions of diversity like a religion.

And so it was that after Esolen wrote in a column for Crisis Magazine in September titled “My College Succumbed to the Totalitarian Diversity Cult” it quickly put a target on his back.

“I notice, on our Diversity page, that incidents of ‘bias’ will be forwarded to a ‘Bias Response Team,’ which is, if I may adopt the phraseology of one of my shrewdest colleagues, a Star Chamber whose constitution and laws and executive power no one will know,” Esolen had written.

“… I notice also, on that same Diversity page, that we are supposed to commit ourselves to welcoming the alphabet soup of cheered-on sexual proclivities. For some reason that does not include F, for Fornicators, or S, for swingers, or P, for pornographers, or W, for sex-workers, formerly called harlots, or A, for adulterers. No political lobby for those? Now, we either affirm, as an institution, that the Church has a real and powerful and urgent message she must bring to the world, a message of harsh truth and genuine healing, or we do not.”

Not too long after its publication, dozens of students — and even some faculty and staff members — marched across the quad and landed at the president’s office, shouting: “What do we want? Inclusion! When do we want it? Now!”

In response, college President Father Brian Shanley declared Esolen “certainly does not speak for me, my administration, and for many others at Providence College who understand and value diversity in a very different sense from him.”

But Esolen is not one to back down from defending the word of the Lord and what he deems the proper role of a Catholic institution.

In an email interview with The College Fix, he said he is prepared to return to the classroom and do his job — teach. Yes, he still faces challenges: Some have tried to dig up dirt on him and he knows every word he utters and writes will be intensely scrutinized, he said.

But his advice to students can aptly be applied to his own recent journey: Question the authority of the politically correct mob.

“Students should keep in mind: Everything that is supposed to be placed beyond discussion — by ‘political correctness’ — is probably untrue in part or in toto,” he told The Fix. “Those silly bumper stickers that read ‘Question Authority’ ought to be turned back against the people who put them there: Question the ‘authority’ of people who tell you that you cannot examine the premises of this or that tenet of political correctness.”

“The Church is our leader here,” he said. “The Church did not need the politically correct to tell her about the equal dignity of all human beings regardless of sex or race. Nothing that is really true requires the protection of political correctness.”

Esolen said the efforts against him illustrate the fragility of politically correct arguments.

“All of that is just a way of intimidating people, getting them to shut up,” he said.

Yet Esolen said he’s not the one turning his classroom into an indoctrination zone. He said he keeps politics and his political opinions out of his classroom, pointing out he’s too busy teaching on Dante and Milton. But there are many others who gladly do turn their classrooms into stages for their politics, he said.

“That puts students in a horrible position, but they don’t care about that, because, you see, they are on the ‘right’ side, and they are even pleased to learn that they are making more conservative students uncomfortable,” he said.

“Anyway, the whole premise is wrong,” he added. “Academic freedom is for the sake of the untrammeled quest for truth. There is no way I could possibly run my next article before the eyes of 4,500 students, to poll them about whether its contents make them feel this or that; and even if I could do that, what would it mean, but that all honest writing must cease forthwith?”

“My responsibility as a writer is to what I perceive to be the truth, and that alone. My responsibilities in the classroom are somewhat different, because there I encounter individual human beings and their needs; there I must exercise forbearance and tact, and, as I’ve said, I keep politics out of the classroom.”

And he is not alone. He’s received support.

“I got a very nice hand-made card from about 20 students in Campus Ministry, and many students have told me privately that they are sick of the campus ‘politicians,'” Esolen said.

In the end, the main war is waged by a different sort.

“[I]n my experience, it isn’t students who are hostile to a different way — the ancient way — of thinking about things,” he said. “After all, they have grown up in a world riddled with disease and chaos; they know about the selfishness of divorce, and the soullessness of ‘hooking up.'”

“It’s their parents and their teachers who are most hostile, because they have too much invested in the status quo. But when you see such groups as the Anscombe Society flourishing, sometimes on secular campuses even more than on nominally Catholic campuses, you know that the young people are ready for the truth.”