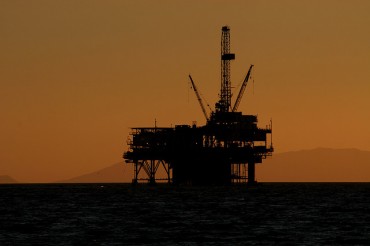 Student environmentalists have targeted colleges’ endowments, pressuring campus leaders to sell off petroleum industry stocks as a new tactic in the war against “Big Oil” emerges on college campuses.

The strategy against the fossil fuel industry and Wall Street aims to pressure university trustees to divest from endowment shares that don’t agree with environmentalists’ values and philosophies, and the movement has already met with some success.

One such example is Unity College, which likes to call itself “America’s Environmental College.” It’s the latest school to revise its investment portfolio in the name of “sustainability.” Campus leaders announced the decision earlier this month.

Stephen Mulkey, president of Unity, told ThinkProgress.org that “the trustees have looked at the college’s finances in the context of our ethical obligation to our students, and they have chosen to make a stand.”

Mulkey also declared in a campus news release that “we are running out of time. The window of opportunity for salvaging a livable planet for our children and grandchildren is rapidly closing.”

It’s unclear whether the move is simply a marketing ploy for the small school, an attempt to attract green students to the Maine campus, which currently has a $13.5 million endowment, very small compared to other colleges across the nation.

Meanwhile, those other larger campuses with much bigger piles of cash are under pressure by the movement, led by well known activist and global warming guru Bill McKibben of 350.org.

He’s taken on a nationwide tour to whip college students into a frenzy to pressure their administrations to divest. Targets of that campaign include Swarthmore and Middlebury colleges, which hold endowments of $1 billion and $871 million, respectively.

McKibben’s website argues “divestment is the opposite of an investment–it simply means getting rid of stocks, bonds or investment funds that are unethical or morally ambiguous. Fossil fuel investments are a risk for investors and the planet–that’s why we’re calling on institutions to divest from these companies.”

However, McKibben – a professor at Middlebury – does not address the notion that divesting in a stock doesn’t make it disappear, simply go to another buyer.

But protestors insist holding certain pro-business and pro-industry stocks amount to hypocrisy. In mid-October, five Middlebury students issued a fake press release thanking the college for divesting from fossil fuels in honor of the Dalai Lama’s campus visit. The students were eventually given an unofficial reprimand for the hoax, according to news reports.

Similarly, at Swarthmore College,“Mountain Justice” club members have tried numerous publicity stunts, like delivering the Board of Trustees Christmas stockings full of coal, and decorating campus buildings with “Brought to you by Chevron” flyers.

So far, Swarthmore administrators have not budged, and even offered up a reasonable response against the environmentalists’ efforts.

After meeting with members of Mountain Justice, Swarthmore President Rebecca Chopp released this statement: “The Investment Committee believes that we should be an active shareholder in the companies whose shares we own, thereby enabling us to hold them accountable. Indeed, we have some notable examples in our history where affecting positive social change has come from exerting influence on a company by virtue of our stockholder presence.”

Not to mention, the college needs its portfolio to make money. Swarthmore’s 2010-11 endowment provided almost 40 percent of the college’s operating revenues, with the college reportedly spending an average of $29,955 per student from the endowment.

Further, the firms who manage college investments usually have confidentiality clauses. Opening university endowments to student scrutiny not only undermines these firms’ competition, but also encourages any number of other groups to uses the endowment for symbolic protest.

Nevertheless, the pressure continues to mount.

“Divestment is fast becoming a tactic used by student activists fighting against climate change,”notes a recent article in 7 Days, Vermont’s Independent Voice.” “Students at the University of Vermont last month called on the board of trustees to pull endowment funds from oil and energy stocks. Also in late October, students at 18 colleges and universities staged a National Day of Action to pressure their administrations to divest; the campaign involved some big-name institutions, including Cornell, Boston University and Harvard.”

What’s more, students at Wesleyan University have called on their administration to divest from Shell and Exxon Mobil, weapons contractors, Bank of America, and companies in the West Bank or Gaza Strip.

It remains to be seen whether the pressure will affect change. This latest movement was inspired by the widespread 1980s divestment movement against South African apartheid, which by some accounts was a successful model, although skeptics contend it was international pressure that removed U.S. companies from South Africa, not university politics.