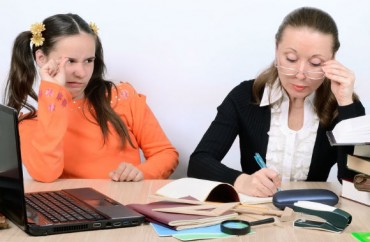 Cross-examination, transparent evidence and no double jeopardy: These are a few of his favorite things

Georgia State Rep. Earl Ehrhart is leading the charge to keep the state’s colleges and universities from depriving students of their due-process rights.

It shouldn’t be a hard sell, the longest-serving Republican in the House and PTA member told The College Fix in a phone interview: “Even third graders know you’re innocent until proven guilty.”

Ehrhart shot to national prominence last month when he threatened Georgia Tech’s state funding in response to its suspension of Phi Delta Theta based on a single claim of racism that the frat refuted with video evidence.

Ehrhart told The Fix the case against the fraternity should have ended a while ago, citing geolocation information the frat members produced from their phones that showed they weren’t in the house at the alleged time.

He intends to use his membership on the appropriations committee and its higher education subcommittee, which he chairs, to pressure colleges to restore due-process rights for all in misconduct proceedings.

These include an actively participating counsel, rights to cross-examination, transparent evidence and no double jeopardy, Ehrhart told The Fix. (Many schools allow accusers to appeal verdicts in favor of the accused.)

Universities should return to the “clear and convincing” standard of evidence that prevailed before the Department of Education’s Office for Civil Rights pressured schools to use the lower “preponderance of the evidence” standard, Ehrhart said.

In a Jan. 25 hearing before Ehrhart’s subcommittee, which has the power of the purse, a Georgia Tech official said the entire frat was punished because the university could not identify “any individual fraternity members responsible,” The Atlanta Journal-Constitution reported.

The Title IX official whose sexual-misconduct investigations have been cited in two lawsuits against the school by accused students, Peter Paquette, attended the hearing and weathered testimony from the mother of a student he investigated, the paper reported.

Ehrhart blasted Georgia Tech for the financial risk to taxpayers because of the lawsuits spurred by its investigations, telling officials at the hearing its policies were “Kafkaesque” and warning state schools their funding was at risk.

“If you’ve got a bond project, if you don’t protect the students of this state with due process, don’t come looking for money. Period,” Ehrhart said, according to the paper.

Page for the Day: Sarah Potvin

Ehrhart told The Fix that the “Dear Colleague” Title IX letters issued by the Office for Civil Rights have “no force of law,” yet universities are just “rolling over dead” in obeying their directives.

A Georgia Tech spokesperson responded to Fix questions with a press release and Peterson’s prepared remarks to the subcommittee. Peterson said at the hearing the university had recently opened up the appeals process and that the fraternity would be granted an appeal.

“You want to talk about ‘safe space’? In the vernacular of campus discussion today, there’s no safe space for young men at Tech,” Ehrhart told the Atlanta Journal-Constitution before the hearing. “You want to be safe? Go to class, then go run and hide in your dorm. That’s where we are at Tech right now.”