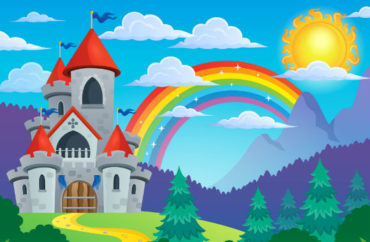 ‘A calm spot in the storm of radical queers,’ says dorm’s creator

Students at Evergreen State College, where armed vigilantes have started anti-racist patrols, can find a reprieve from the harsh realities of dorm life in their very own “safe space.”

The Rainbow Fort is a themed housing option for LGBTQ students and well-wishers that vows to create “intentional, supportive environments for students around the concepts of sexual orientation, gender identity, and gender expression.”

Steady interest in the housing option, which dates to the 2010-2011 academic year, has resulted in its renewal for next year. Applications for the Rainbow Fort are still being accepted on the public college’s housing website.

It also affirms that no student’s “biological sex, sexual orientation, gender identity, or gender expression” will be used to determine whether they’re a good fit for the program.

Students who successfully apply must vow to create a “Living Learning Agreement” with their roommates – sometimes called a “Safe Space Contract” at other schools – and take bystander intervention training.

They must also promise to attend at least one meeting of a club that focuses on LGBTQ issues, such as the Evergreen Queer Alliance or the Transgender Resources and Education X-travaganza club.

Calix Aleister Smith-Crowley, who designed his own storytelling major at Evergreen, lobbied for the creation of Rainbow Fort as a student several years ago.

He told The College Fix that he and his suitemates had a bad experience with the first LGBT-themed housing that Evergreen offered – a sort of a proto-Rainbow Fort that was connected to the regular dorms – so they devised a better option.

“Luckily we had a pretty cool student housing person who sat down with a group of us to discuss actual queer safe housing, what that would look like and why it was necessary,” Smith-Crowley said in a Facebook message.

The new housing option was “arranged without too much fuss,” he said. “We settled on the name Rainbow Fort … and eventually it expanded to include as many apartments as were needed to fit the demand.”

Smith-Crowley spoke highly of Rainbow Fort, where he lived for a year, but has not followed news about the dorm since his 2013 graduation.

“It gave folks a space to feel supported in identifying however they did, where there was access to resources, both in the form of student groups specifically formatted [for queer people] as such … or in fellow students,” he said.

The Rainbow Fort also served as neutral ground as different queer subcultures clashed on campus, according to Smith-Crowley:

There was a sense of community and a calm spot in the storm of radical queers that was happening at the time, the community somewhat fracturing into different levels of extremism and different methods and beliefs around supporting the queer and trans communities.

Even though there was some “drama” and “negative” aspects of the house, Smith-Crowley ultimately praised Rainbow Fort for helping people “address the root cause [of problems] and be able to move forward in a productive and healthy way.”

Once Rainbow Fort was up and running, the administration agreed to the organizers’ request to let freshmen join as well. Seven years later, it also remains progressive Evergreen’s only LGBTQ-focused dorm.

The administration and residence life office did not respond to calls and emails Wednesday seeking more information about Rainbow Fort.