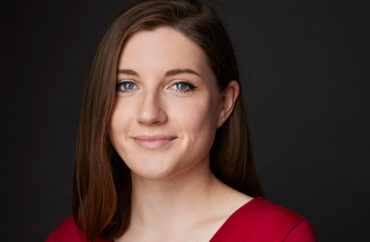 Sarah McLaughlin started working at the Foundation for Individual Rights in Education back in 2012 as part of Drexel University’s undergraduate co-op program, where she worked directly with students and faculty facing rights violations as part of FIRE’s Individual Rights Defense Program.

In recent years, she’s turned her attention to the relationship between American higher education and the rest of the world, writing smart, insightful pieces about the influence of foreign governments on campus free speech rights in the U.S.

“I’ve been digging into what it means for academic institutions with free speech obligations to expand into countries with worse, and in some cases extremely restrictive, speech policies,” McLaughlin told The College Fix. “It’s an issue that provides a lot of insight into the difficulties of defending free speech in an age where censorship is less bound by traditional borders.”

The Fix interviewed McLaughlin about the threat American education faces from foreign influence and what can be done about it.

THE COLLEGE FIX: What do you see as the primary threat to free speech and intellectual freedom on American college campuses today?

SARAH MCLAUGHLIN: I think the greatest threats to expressive rights on campus often originate from universities’ increasing tendency to see themselves as corporations first, centers of knowledge and debate second. We frequently see universities enter into crisis management mode whenever a student brings in an unpopular speaker or a professor posts a fiery tweet. Their instinct is to do whatever they can — even if it’s unconstitutional or in violation of free speech principles — to avoid potential bad press. Sometimes even a handful of angry tweets or two phone calls is enough to trigger that response. When universities think of themselves as businesses that must above all else protect their brand, it can lead to dangerous places for free expression.

Similarly, I see this issue in universities’ international dealings, too. There is a lot of academic value in international partnerships and programs, but if universities make these decisions based on financial or business calculations, it can leave students and faculty rights as an afterthought in potentially unfree parts of the world.

SM: You don’t need to look hard to find American companies whose business in China has created ethical quandaries surrounding freedom of expression and criticism of China. Between the NBA, Disney, and Kodak, to name just a few, we’ve seen that companies might be willing to make certain concessions to retain access to China’s markets.

While universities are not quite the same as corporations like Disney, they can still experience the tensions of operating in a country whose government tolerates little dissent. There are the obvious problems to consider: What if a professor wants to teach about the Tiananmen massacre at a Chinese branch campus? Will they have unfettered access to books and materials? Will students be able to form political and religious groups?

But there are also more complex problems that are harder to identify. I worry that a university with a branch campus in China might choose not to invite certain speakers to their U.S. campus out of concern for their relationship there. Or an administrator might force a speaker to postpone a campus event critical of China so that it does not harm the university’s relationship. (This is not a hypothetical. It happened at Harvard in 2015.)

When universities sign major agreements in countries like China, the simple fact is that it can create censorship incentives and challenges — some easy to foresee, others not as much — that administrators may not be ready to meet. And it doesn’t help that few universities have been willing to publicly account for how these challenges are worsening.

CF: Confucius Institutes seem to be disappearing – there used to be over 100, now there are fewer than 25. Are Chinese Students and Scholars Associations the new way the Chinese government is trying to influence speech on American campuses?

SM: There have been a string of concerning incidents where CSSA chapters at American and Canadian campuses — most recently the University of Chicago — have attempted to interfere with events and speeches that have been critical of China, often by appealing to administrators for censorship. I am deeply concerned by these efforts to control the conversation about China, which is limited for so many people already, and I think universities are one of the last institutions we should be able to rely on to have open and uncensored discussions about China. Chinese consulates have also been involved in efforts to suppress speech at campuses in other countries. However, I think CSSA chapters should not be painted with a broad brush and that their student members should not be assumed to be operating under any directives.

CF: How concerned should Chinese scholars in America be about China’s recently passed security law that allows the CCP to apprehend dissenters, even if they’re in another country (like America)?

SM: Unfortunately, I’ve seen a number of professors, including professors from China or Hong Kong, acknowledge that the deepening repression puts them in an uncomfortable position professionally, and can force them to make difficult decisions. It’s a real challenge within higher education right now. I think it’s an easier question for faculty members who have no pressing personal or professional reasons to travel to China. But in some cases, it can limit professors’ ability to travel to China and they may feel pressure to stay silent if they have family in China that they’re worried could be punished for their work.

Ultimately, it’s always bad for academic institutions when there is an oppressive threat encouraging self-censorship, doubt, and fear — and I think that’s the intention here.

CF: The Trump administration’s DOJ started what they called a “China Initiative” to root out Chinese nationalists who may be working on American campuses. How big of a problem do you think CCP agents working as professors in the U.S. is? What are the speech ramifications of this?

SM: It’s an obvious threat to student and faculty speech if a university employee is reporting on them to the Chinese government, and could be especially dangerous for activist students from Hong Kong and China. But we should also be careful to ensure that the “cure” to this problem doesn’t create its own threats to academic freedom and freedom of expression.

It’s difficult to say exactly how extensive this problem is and while there are bad actors, some of the cases against Chinese professors — like Dr. Anming Hu at the University of Tennessee — have faltered under scrutiny.