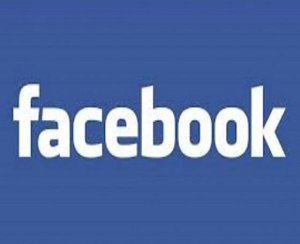 A story in the Washington Post a couple of weeks ago details how Facebook’s so-called “real name” policy is negatively affecting Native Americans.

The policy has resulted in non-approval of various Native appellations, such as Shane Creepingbear and Dana Lone Hill. Ultimately, to register with the social network, these folks have had to provide documentation to prove their identities.

But to anyone with even a smidgen of objectivity, it should be patently obvious that the company did not intend for Native Americans wishing to join Facebook to go through the extra hassle.

But the Daily Wildcat’s Hailey Dickson doesn’t see it that way. She calls the policy “degrading,” “marginalizing,” and “subjugation.” Zukerberg’s reaction to this Wildcat column.

To add insult to injury, the suspension occurred to Creepingbear on Columbus Day, otherwise known as Indigenous Peoples’ Day.

Another user, Oglala Lakota Lance Brown Eyes, provided Facebook with the requested forms of ID upon being suspended. After the situation had been processed, however, Brown Eyes logged into his account to find that Facebook had permanently changed his name to “Lance Brown.”

Because only a select few Facebook users are required to prove the validity of their names, it’s obvious that Facebook’s policy reflects not just the goal to promote authenticity but a desire to manipulate users into adopting names that better fit into America’s accepted spectrum of “familiar” names.

Native Americans face scrutiny that the John Smiths and Mary Johnsons of Facebook will never be forced to encounter. This is, in part, because the “real-name policy” relies on community reports to deactivate “suspicious” accounts. Any user who comes across a name they think could be fake has the power to report that person to Facebook.

This means that the number of people negatively affected by the “real-name policy” is directly correlated with the cultural awareness of other Facebook users. Those with limited knowledge or those who are culturally insensitive toward non-European names are more likely to falsely report Native Americans.

After all, it would be better for a few misguided, fraudulent accounts to slip by on Facebook than for hundreds or thousands of people’s authentic names to be degraded and treated as jokes.

Whether or not the subjugation of its users was Facebook’s intention in establishing the policy, it is certainly the impact. Facebook has developed the most effective and damaging way to marginalize a group of people: Strip them of an essential part of their identities.

For what it’s worth, the WaPo says that (Shane) Creepingbear’s experience happened “right around Columbus Day,” not on it as Dickson notes. Added hyperbole, I suppose.

Does Ms. Dickson really believe that a company which depends on people from all over the world to sustain it — not to mention where three of its five founding members are Jewish, with one other a married gay man — has people sitting in its offices deviously devising ways to get non-Anglos to alter their identities? Really? Seriously? What am I — stupid??
*Sigh* Implying some are “oppressed” due to an extra required step to join — of their own free will — a network is akin to those who yammer about the “bad influence” of talk radio … when all they have to do is change the station.

It’s highly likely the company will look into, and solve, this matter. After all, about a year ago, it responded to public demand and raised the number of gender options available to its users to fifty-eight.