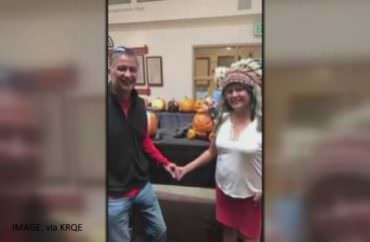 Put this one in your peace pipe and smoke it — a Native American faculty member at the University of New Mexico has been condemned for wearing a headdress on Halloween.

She reportedly wore it to a pumpkin carving contest at the school.

“Just because you’re Native American, does not give you a free pass to rock a headdress or a tomahawk,” Joaquina Castillo, co-president of the KIVA Club, a Native American group on campus, told KRQE news.

“She was actually being awarded for most authentic costume, which is just an even more big slap in the face,” Castillo said.

KIVA Club members told the news outlet they found the costume racist and an example of cultural appropriation, arguing that the faculty member who wore it is part of the Navajo Nation and headdresses are not part of that tribe; with that, they called for more diversity dialogues at the school.

The faculty member, who university officials are declining to name, will not face administrative sanctions for her costume, but official did take down from the Internet a picture of the employee in her costume amid complaints, KRQE reports.